You are likely aware that fishing rope can be dangerous for marine animals.

But how and where do these entanglements occur? Perhaps the most common source of entanglements is rope used in fixed-gear fisheries. This term refers to fisheries that set gear on the seafloor and leave it untended for hours or days to catch species like crab, lobster and halibut. The catch is retrieved using a rope connecting the gear to a buoy on the surface. The problem is that many of these fixed-gear fisheries are densely fished, meaning there can be thousands of vertical lines in the water that make safe passage challenging for sea turtles, seals, whales, and seabirds. 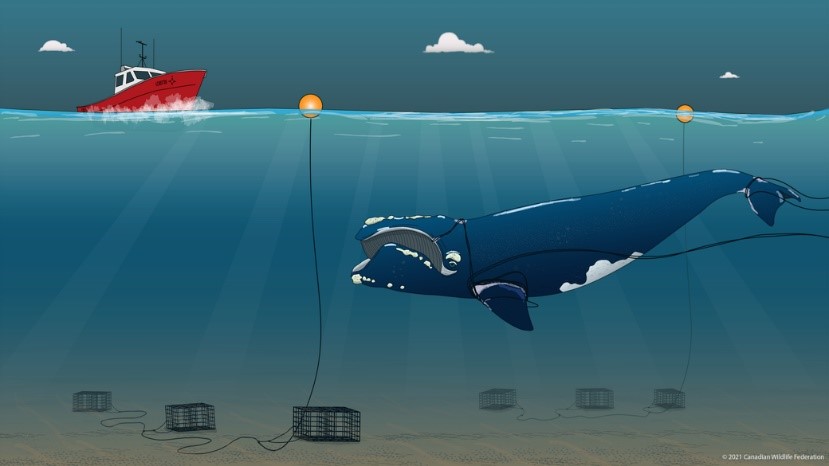 In Eastern Canada, the issue of entanglement has come to the forefront because of the critically endangered North Atlantic Right Whale. These whales spend their summers along the coasts of Atlantic Canada but are facing extinction because of deaths caused by entanglements in fishing ropes and collisions with vessels. Presently, fishing areas are closed in waters where Right Whales are present to ensure their protection. These closures, however, have a significant impact on commercial fisheries and the coastal communities that depend on this industry.

In recent years, ropeless or “on-demand” technology has been tested as a solution to allow fishers to fish in closed areas. This technology, which uses an acoustic signal to summon gear to the surface, has been used for decades for science and military purposes, and is currently used in some parts of the world for commercial fishing.

The Canadian Wildlife Federation is working  with commercial fishers to determine if ropeless gear can be used to fish safely in these closed areas. Our role consists of listening to concerns and suggestions of fishers, spending time at-sea getting experience with the gear, providing feedback to gear developers, and collecting data on each system to help fishers decide which system will work best for their fishery-specific needs in the event of a closure. 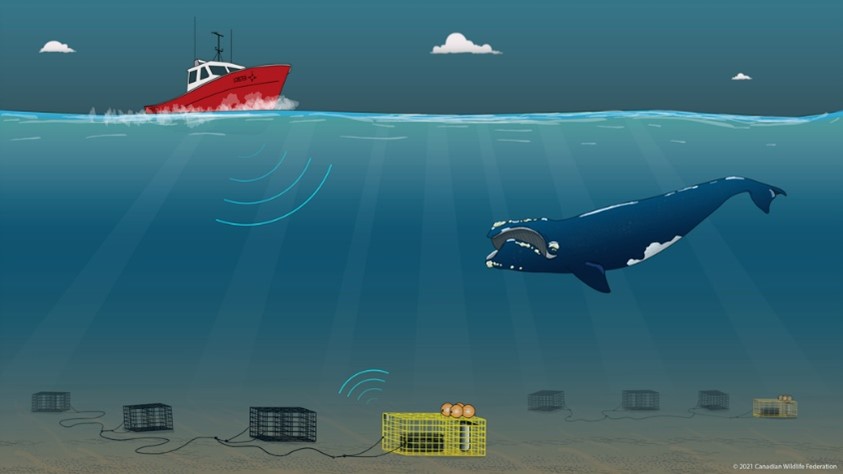 Our team has been busy working with fishers to do trials of ropeless fishing systems across the Maritimes. To date, we’ve spent over 30 days at sea, testing four different ropeless systems in more than 200 deployments. When it comes down to it, no fisher wants to see their rope around a marine animal, and many recognize the importance of doing trials with this gear now so that they can have a say in what works and what does not while there is so much momentum in ropeless gear development.

Developing a gear location marking system to prevent gear-overlay and to easily locate and check these systems is a key puzzle piece that must be solved before ropeless fishing can be suitable for closed areas. While this limitation is being worked on, experimental permits for limited and closely-monitored in-season use of ropeless gear in lobster and snow crab fisheries have already been approved in Nova Scotia and New Brunswick. Last year in New Brunswick, 10 crab fishermen were approved to conduct ropeless fishing in a closed area, and they had so much success that this year 20 fishermen in that area are prepared to do the same!

Visit us online for more details on this project or to learn more about North Atlantic Right Whales and what must be done to ensure their survival.

Birds in the Hand? 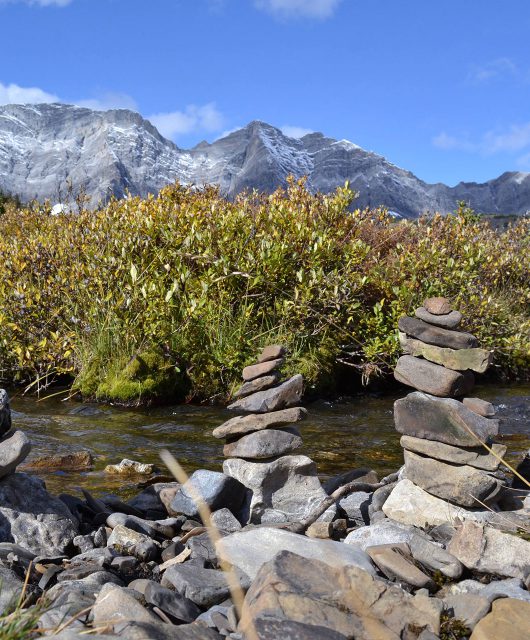