The North Atlantic right whale is one of the most critically endangered marine mammals. Of the estimated 411 individuals that remained as of June 2019, fewer than 100 of them are reproductive-aged females.

One of the main causes of NARW deaths is entanglement in commercial fishing gear along the Atlantic coast of Canada and the United States. Entanglement is painful and debilitating, restricting the whale’s ability to move, feed and reproduce, and often causing infection and muscle and bone damage. An entangled whale that cannot free itself may tire and drown quickly, but more often its death is drawn out for an average of six months. This is a devastating animal welfare concern, and it threatens the vitality of the fishing industry by forcing areas to be closed off to fishers.

The U.S. and Canada are legally required to protect the NARW, but time is running out. At this critical stage, a single NARW death threatens the survival of the entire species. Fortunately, ropeless fishing gear offers a promising potential solution.

What is ropeless fishing gear, and how does it work?

Traditional fishing gear uses vertical buoy lines to mark the location of traps on the seafloor and pull them to the surface. Ropeless gear operates without these lines, eliminating or drastically reducing the risk of entanglement by whales. Ropeless systems also have the potential to support a thriving fishing industry by allowing fishers to harvest in areas closed off for the protection of whales.

In November 2018, the first annual Ropeless Consortium meeting took place in Massachusetts. Researchers, fishing industry representatives, government officials, gear manufacturers, and NGOs gathered to discuss the state of ropeless gear and strategies for its future. One of the main takeaways? To be a viable alternative to traditional gear, ropeless systems must be able to mark the location of gear at the surface of the water and then easily retrieve that gear from the seafloor.

Since ropeless gear doesn’t have vertical lines descending to the seafloor, it lacks a marker at the surface indicating the gear’s location. An alternative method must be provided for locating gear and then raising it to the surface.

One solution is to have fishers use GPS systems to mark the location of their gear. These systems have minimal upfront costs, and often fishers already own the technology. However, GPS systems don’t account for gear moving around in a storm or drifting horizontally during its descent to the seafloor. A better option may be acoustic modem-based location systems, which can indicate the real-time location of gear by passing data through water via acoustic waves.

So, is ropeless fishing gear a viable option for fisheries?

To perfect ropeless fishing gear and understand its full potential, we need to test it at sea with the fishers who will actually be using it. Fortunately, the Department of Fisheries and Oceans Canada, as well as other Canadian federal and provincial agencies, have provided support for this very task. CWF’s Marine Team has been busy collaborating with fishers to test ropeless gear and determine its potential for commercial fisheries in Atlantic Canada. We have met with more than 30 fisheries stakeholders to discuss how ropeless systems should be tested and evaluated, and testing at sea is underway.

The NARW needs us to take immediate and impactful action to ensure its survival. Ropeless gear has the potential to address the devastation of entanglement while supporting a prosperous fishing industry. CWF is excited to be moving forward with ropeless gear testing, and we will be sure to keep you updated on our progress.

Learn more about CWF’s work with our Coasts & Oceans. 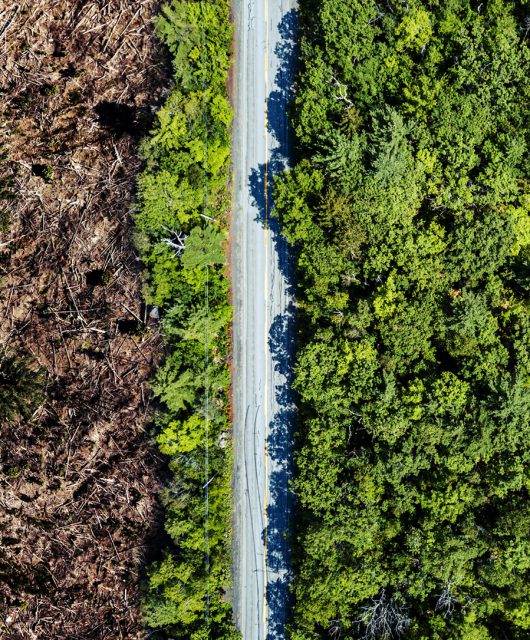