Many of the marine animals we know and love live at the ocean’s surface, however some of the most incredible wild creatures live in the ocean’s deep.

And they deserve a little love and attention too. After all, they’ve adapted to living in the most inhospitable conditions.

Dive 200 metres below the ocean’s surface and all the light vanishes from the human eye. Drop to 4,000 metres and the temperature gets significantly colder. Keep plummeting deeper and deeper until you reach the bottom of the Mariana Trench and not only is it pure darkness and incredibly frigid, it’s also got over 1,000 times the pressure than at the water’s surface. Let’s explore this incredible space and eight amazing animals that live there.

Some of the fish that live down in the depths of the ocean are downright scary looking. Viperfish, for example, have teeth so enormous that they can’t even close their mouths without several sharp teeth hanging out. Eeep! During the day, they’ll hunt for fish at 1500 metres below the ocean’s surface using a glowing fishing lure on top of their skulls. When you’re that deep in the ocean and there’s no light filtering down from the sun, any kind of light will attract fish. When a curious fish swims by, they bite! The viperfish will wait until night to swim a little closer to the water’s surface – around 600 metres deep – where they can find more fish species to snack on and when they can still use their light lure to trick their prey!

Anglerfish are not only creepy for their prey but for their mates too. When a male anglerfish finds a female, he bites her and releases enzymes that actually fuses the two together. Males become entirely reliant on females for survival –noshing on the same food she does and becoming entirely reliant on her. Females will happily seek other anglerfish to mate with, and make use of their sperm when they see fit.

The Pelican Eel is the perfect name for this deep sea creature. It might look like a regular eel with a long black body, but there’s no other eel like it! It gets its name because of its mouth. You see, the Pelican Eel scoops up water into its mouth and swallows its prey whole – just like Pelicans do. Thanks to its big mouth, it’s able to swallow larger fish if its regular diet of crustaceans, small fish and cephalopods are tough to track down in the deep ocean. Plus it can really exist in so many different levels of water (with different critters to snack on) from 487 to 3,048 metres deep! 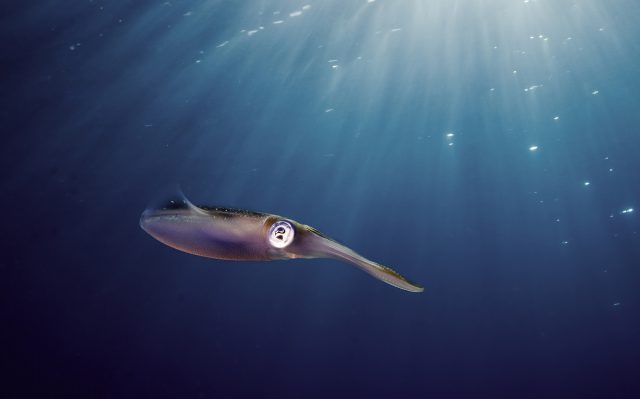 My personal favourite deep sea critters are squid. Glass squid have see-through bodies which comes in handy when you’re trying to escape predators in the twilight zone, 200 to 1000 metres below the water’s surface.

Other squid that live in the deep sea have incredible eyes that help them adapt to their habitat. The Giant Squid has the biggest eye on the entire planet up to 25 centimetres in diameter. Why is it so big? Well for starters, the Giant Squid itself isn’t tiny. It can grow over 12 metres long. But plenty of large creatures have regular sized eyeballs. The more likely answer is that it lives 300 to 600 metres below the water’s surface and with an eye as large as 25 centimetres in diameter, it is able to detect even the tiniest amount of sunlight that might reach this layer of the water – known as the twilight zone.

The Cock-eye Squid’s eyes have also been adapted for life in the twilight zone. It’s got two eyes of different proportions. One eye is twice as large as the other. The largest eye is pointed up towards the water’s surface and scans the water looking for shadows of creatures it might chow down on, while the smaller eye is pointed downwards to keep watch for potential predators below.

Just 20 years ago, researchers learned that there are worms living at the bottom of the ocean called Osedax worms. After a whale dies and its body sinks to the ocean’s bottom, all sorts of creatures will chow down on its carcass, including snow crabs, lobsters, sharks and other fish. Once they’re through, Osedax worms have their chance to feast. They will actually worm their way into the inner bone of the whale’s carcus. Why? There’s plenty of yummy fat and nutrients in whale bone! Thus far, researchers have found over 25 species of these worms.

In April of this year, scientists discovered a new species of deep sea crown jelly in Monteray Bay, California. They’re part of the Atolla family and called Atolla reynoldsi. The specimen they found was 13 centimetres long and has a bell just like other deep-sea crown jellies. You can take a look at them here:

A staggering 95 per cent of the Earth’s living area lies below the ocean’s surface, and yet the ocean remains much of a mystery to us. In fact, over 80 per cent of our ocean is unexplored. What creatures will we find next? 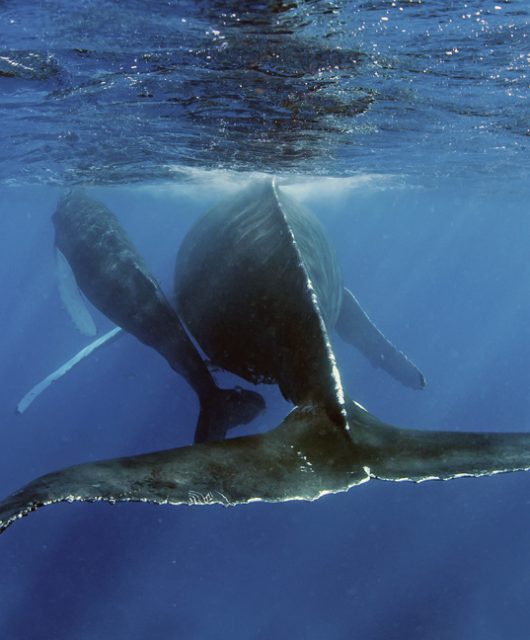 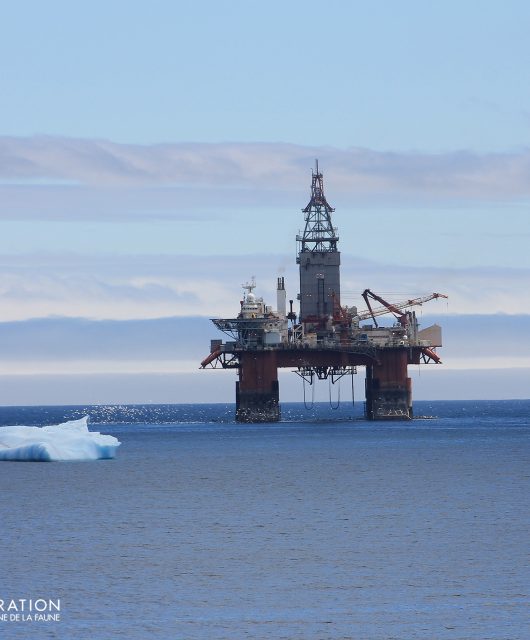