New Friends in The Pack

David Freeman is a participant in Group 6 of the Canadian Conservation Corps.

I have never met a more diverse group of people who are also so similar in my life.

As part of Group 6 (or The Pack as we call ourselves), I had one of the most amazing experiences of my life with some of my favourite people. Even in the short amount of time we spent together, I feel like I’ve known the other members of The Pack my entire life. I guess living together and camping together for a month will do that.

The first few days of the Canadian Conservation Corps program were a bit awkward because we were still getting used to each other. We’re lucky we had facilitators Tirian and Grant during this first week.  They definitely got us more comfortable with each other faster than we would have on our own. We did a ton of team building exercises and learned different skills to incorporate in our everyday lives and use on the ten-day wilderness journey that we were about to embark on.

We went winter camping in Ontario’s Algonquin Park. It was such an incredible experience. Stuck for ten days in the wilderness with no showers was a bit strange to me but I was able to get through it with all of my fantastic new friends! I hadn’t done a lot of snowshoeing in my life so when we got there and our leader told us we were snowshoeing six km into the bush my body already felt tired.

When we got to camp, I was so exhausted I just wanted to get to bed but of course we still had to get set up and make dinner. For some reason our equipment did not want to co-operate with us and it took us a much longer to make dinner than originally expected. The second day was much easier — by then I was much more used to the snowshoeing and dinner did not take us nearly as long to make. By the time the end of our journey rolled around, I think we were all experts at winter survival, snowshoeing and dogsledding.

The last week that we were together I think there was a lot of relief from everyone because we finally got to shower again! Unfortunately mixed in with all of that relief was a bit of sorrow, knowing that we had to leave each other in only a week. By the end of the last week of our Stage One journey together, we had all bonded like brothers and sisters.

Hopefully one day soon we are able to reconnect and once again be The Pack in full.

David Freeman lives in Edmonton, Alta. but considers himself from Northern Alberta near Peace River, where he grew up. As a part of the Metis community David has always enjoyed being in the outdoors. Winter is his favourite season, and he loves sports such as hockey, skiing, and snowmobiling. As much as he loves the winter he also enjoys seeing the fields in Alberta bright and full of canola in the summer. David joined the CCC because he loves nature and the animals in it. Tides Come in High and Low, so Does Wintertide 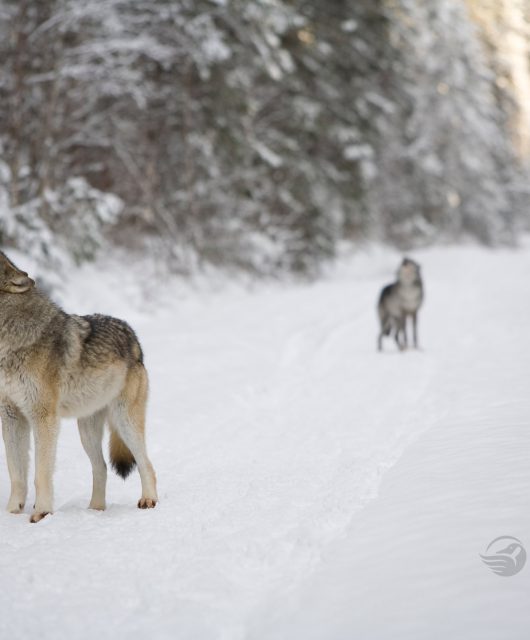