This St. Patrick’s Day, let’s take a look at some of the animals in Canada that sport a brilliant shade of green all year round. 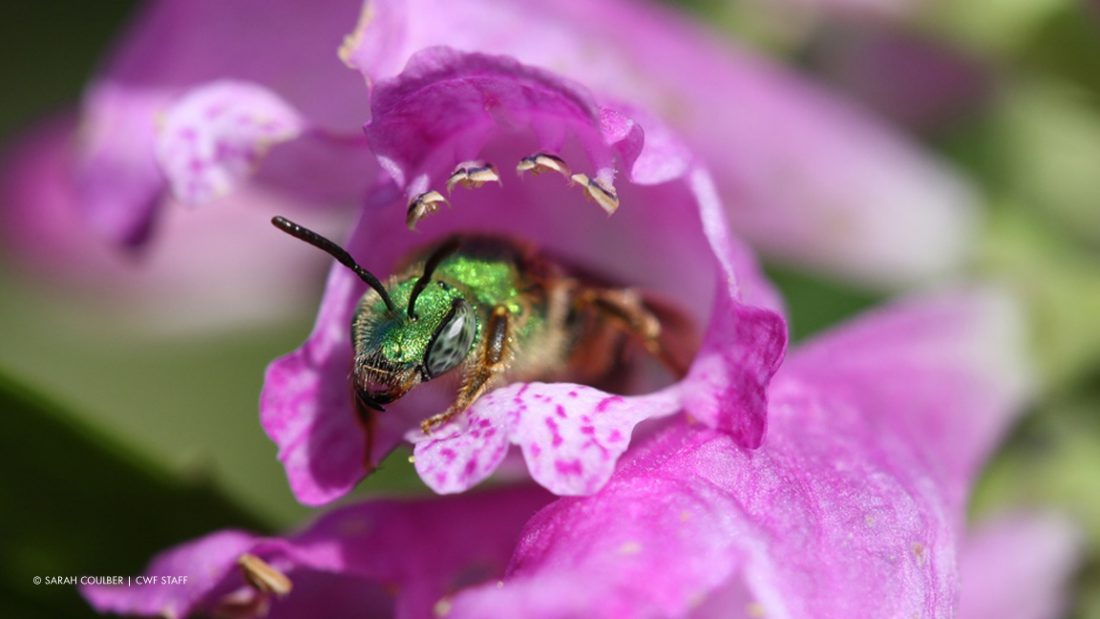 The Green Sweat Bee can be found across southern Canada wherever there is a supply of nectar- and pollen-rich blooms. This bee is easily spotted because of its bright metallic green (sometimes blue) colouration. The Green Sweat Bee is a solitary bee, meaning it nests alone. A female will dig a burrow deep in the ground to lay its eggs and later takes care of the baby bees all on its own. 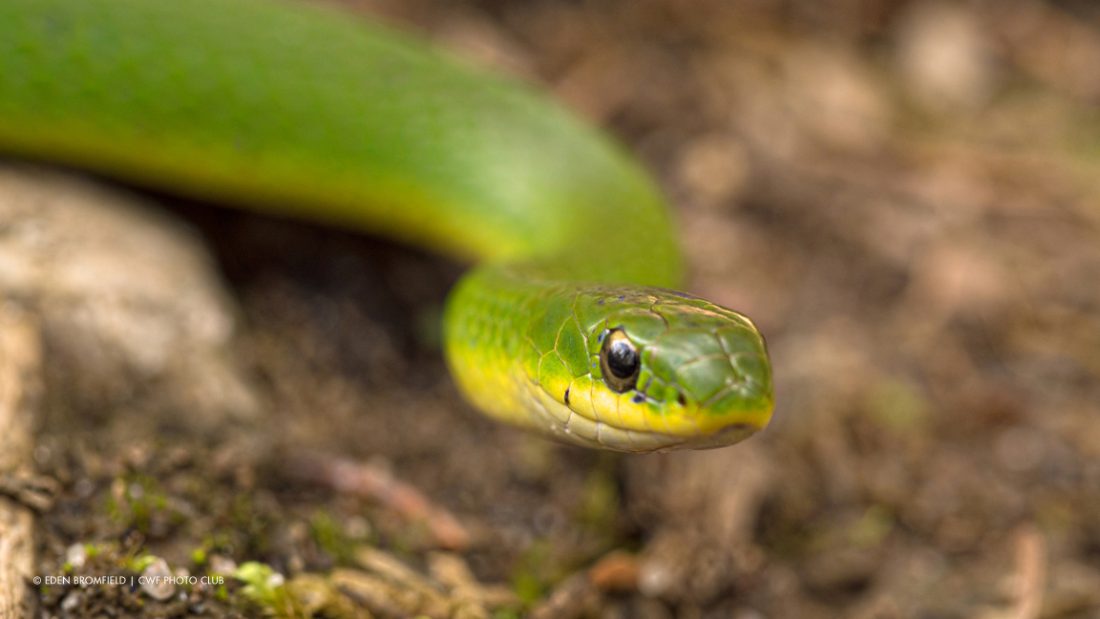 The Smooth Green Snake, sometimes called a Grass Snake, is a dazzling emerald green colour with a white or yellow underbelly. This snake can be found in a variety of places, ranging from the Maritimes in the East to Saskatchewan in the West. The Smooth Green Snake eats mostly bugs, including crickets, spiders, grasshoppers and caterpillars, but it has been known to enjoy slugs, snails and salamanders too. 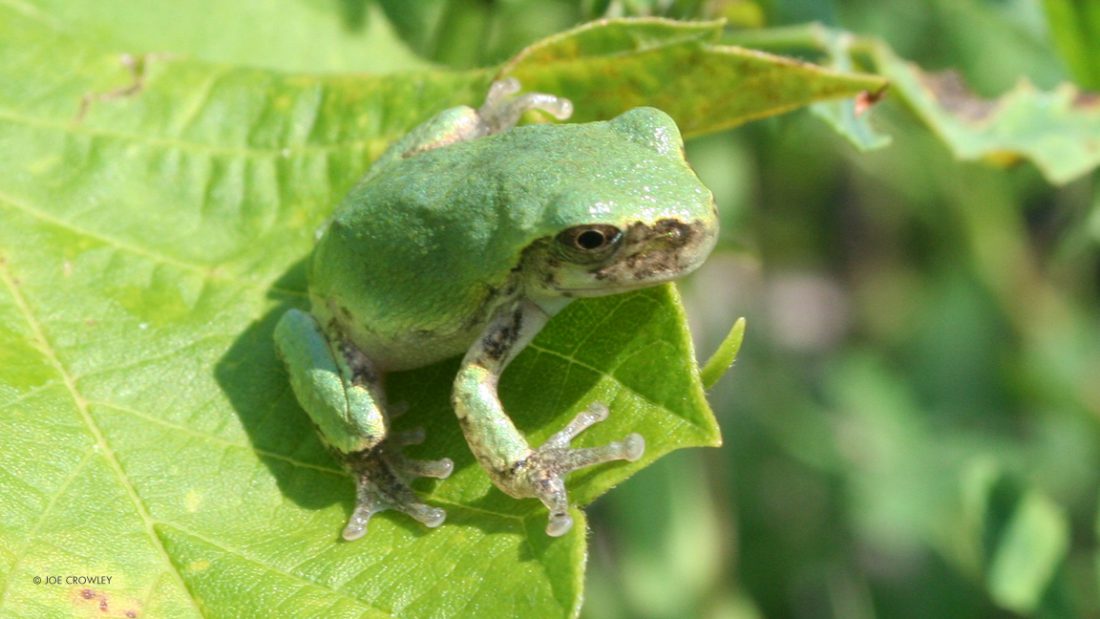 Technically, the Grey Treefrog is not green all year round. It has a chameleon-like ability to change colour to match its surroundings. Its rough skin ranges from green to grey or even brown and is covered in dark marks. The Grey Treefrog is one of seven species of treefrogs in Canada. You will usually find this species high up in trees and shrubs or wherever a permanent body of water can be found. 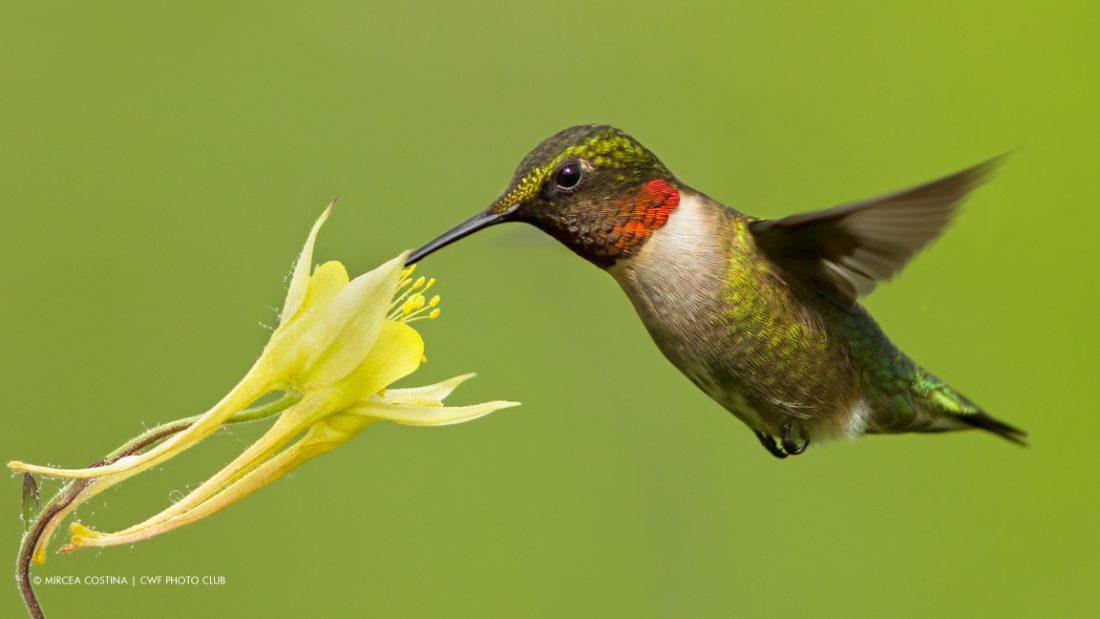 Apart from the patch of ruby red feathers on its throat and the greyish white feathers below, the male Ruby-throated Hummingbird is a brilliant shade of green. This tiny bird measures 7.5 centimetres from the tip of its bill to the tip of its tail. Despite its miniature stature, the Ruby-throated Hummingbird crosses the 800 kilometre expanse of the Gulf of Mexico during migration. It is one of five hummingbird species in Canada, and the most widely distributed hummingbird in the country. 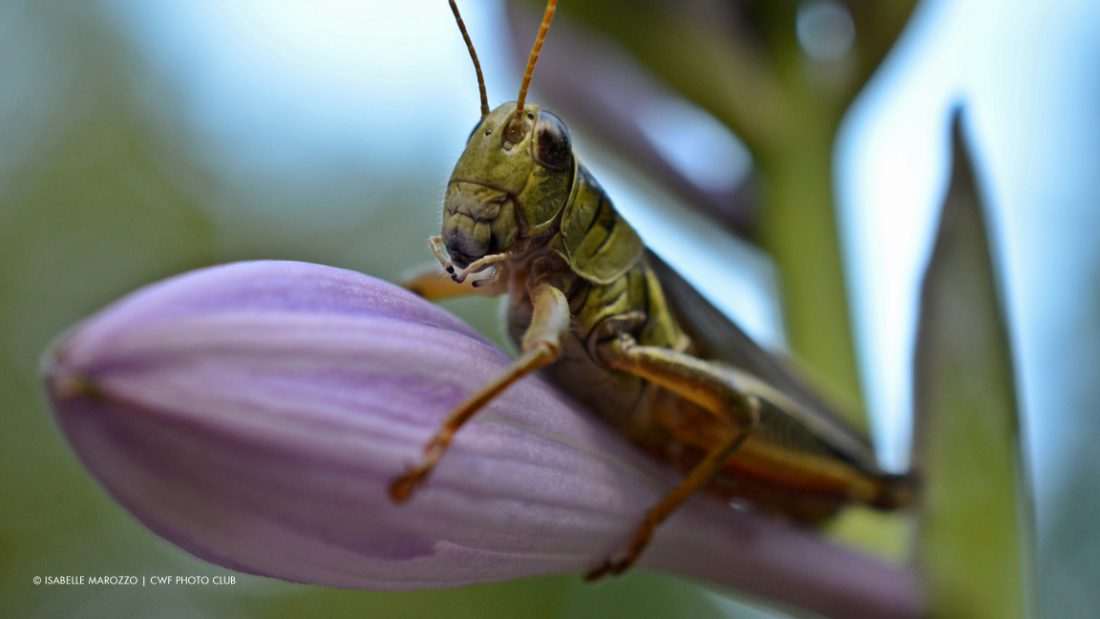 There are over 12,000 species of Grasshopper in the world. Canada is home to 140 of those species. Grasshoppers overwinter as eggs in the soil and emerge as nymphs in May to June. Immediately after emerging, they begin feeding on surrounding plan material. One of the most notable characteristics of the Grasshopper is its ability to jump. Since the Grasshopper has strong hind legs, it can jump 20 times the length of its body.

Subscribe to Wildlife Update where we publish a new wildlife story every month. You will also get insightful updates on nature conservation and learn what the Canadian Wildlife Federation is doing to conserve the wildlife and natural habitats we all love. » Subscribe Today 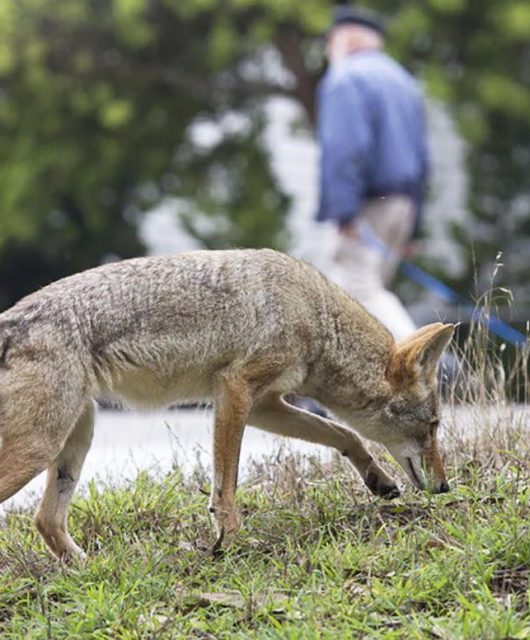 Fish Can Lose Their Sense of Smell