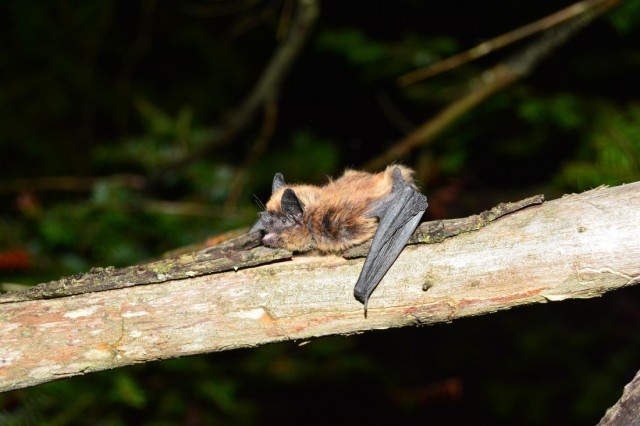 You might think to yourself: “why is there such a thing as ‘bat appreciation day’? Why should I care about bats?” Many people have many reasons why they do not like bats. Things like: bats carry diseases, bats suck blood, bats are scary, bats are ugly, bats might fly into my hair. However, many of these things are not true, and some are only half true. Today is all about putting bats in the spotlight. The figurative spotlight that is, because bats prefer to stay in the darkness. They only come out at night, but unlike the monsters from your nightmares, bats are working hard all night to make our lives easier, more comfortable, and more fun. Let me tell you how bats are important to us and why we should appreciate them.

Around the world there are more than a thousand different bat species and all together these bats eat many different things. Here in North America bats eat insects, a single bat can eat over a thousand insects in a single night. Imagine how many insects a whole colony of bats would eat. Now imagine how many insects would be around your summer cabin on the lake, if there were no bats to eat these insects. I think we can all agree that we should appreciate bats for eating mosquitos, but mosquitos are not the only insects eaten by bats. Bats also eat a lot of moths, moths that can produce many caterpillars. These caterpillars live and feed on the crops that we find at our local farmers market. If the bats weren’t there to eat these moths, the caterpillars would eat many of our vegetables. So, thanks to bats there are fewer mosquitos to bother us in summer, and more vegetables for us to enjoy. In other places in the world bats eat fruit and nectar. These bats can spread the seeds of these fruits to grow fruit trees elsewhere, or spread pollen from flowers to pollinate many night flowers. Some forests in the tropics would not exist without bats, and the agave plant, which we use to get tequila from, would not be pollinated without bats.

There are some bats that drink blood, but don’t worry, these bats do not live in Canada and they really don’t often drink human blood. Vampire bats live in central and south America and mostly drink the blood of horses, cows, goats and other livestock. Also, they don’t kill these animals, but only take a small amount of blood that they lap up from a tiny incision they make with their sharp teeth. Vampire bats are actually really caring animals, and we can learn a lesson on politeness from them. Vampire bats need to drink blood every night, otherwise they die. Whenever a vampire bat in a colony is too weak to fly out and feed on its own, another bat in the colony will give this weak bat some of the blood it drank that night. The only thing the bats expect from each other is that the favour will be returned one day. It is good to have friends that look out for you when you don’t feel so great! 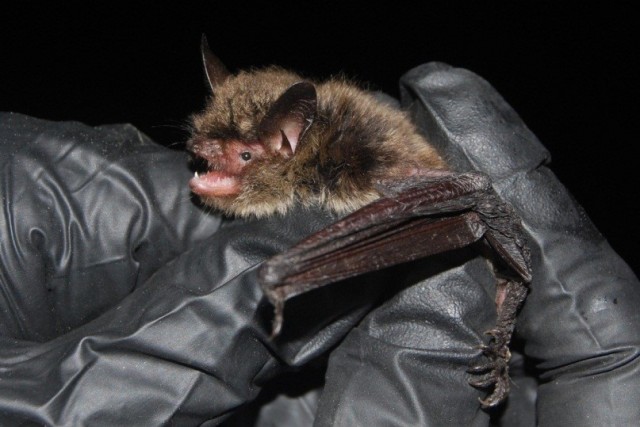 Some people might argue that bats are ugly, personally I think all bats are beautiful, but you have to understand why they look the way they do. Bats have very sharp teeth and those funny looking wings and tail. They also have faces unlike anything we are used to seeing. What you need to realize is that bats are perfectly adapted to their lifestyle. Their sharp teeth are perfect for crunching up insects; imagine trying to chew up a beetle. The wings of bats are actually very similar to our own hands; bats have five fingers, just like we do, but their fingers are super thing and long. In between each finger is a very flexible membrane that allows them to fly and navigate through the forest without hitting the trees. In many bat species this flight membrane goes all the way down to their tail. Some bats actually use this part of their membrane like a pouch to catch insects in. Their weird looking faces are adapted to help them use echolocation, which bats use to ‘see’ in the darkness. Bats can detect the tiniest insects in complete darkness by using echolocation and can then fly right to the insect and catch it out of the air; they are great at flying.

Bats will not fly into your hair. If they can detect and catch a small insect than they can certainly detect our presence. However, bats are very curious animals and will often fly very close to people to check them out. There is no need to panic, because bats know very well that we are not their food. In summer though, there may be many mosquitos buzzing around your head and a bat might swoop down towards your face to catch some of these insects. So, when you have a bat flying around you at night, consider yourself lucky and in the presence of a friend that will do its best to get rid of as many mosquitos as it can.

Sometimes a bat might accidentally find its way into your house. Don’t panic, the bat wants to get out of the house as much as you want it out of your house. Open a door or window and switch the lights off for a little while and the bat will usually find its way out pretty quickly. Don’t touch the bat though, they don’t like that. Some bats do carry diseases that can be dangerous to us. Most of these diseases we can contract when a bat bites us, but if you do not touch the bat the bat will have no reason to bite you at all.

Sadly, some bat species in eastern North America are not doing so great. A fungal infection, causing white-nose syndrome has killed over 6 million bats. The fungus originally came from Europe, where bats have a natural immunity to it, and was accidentally introduced to North America around 2006. Since then, the fungus has spread to at least 25 US states and 5 Canadian provinces where it continues to kill hibernating bats and spread into other areas. Researchers are hard at work to find a cure for the bats to prevent this disease from spreading any more. The fungus is not dangerous to humans, but we can potentially spread it to new areas where it can kill more bats. We therefore recommend not going into any habitat where bats may hibernate in the winter (such as caves or mines).

Around this time of year, the end of April and early May, bats will emerge from their winter long hibernation. Insects will start coming out at night and the bats will have something to eat again. Soon you might start seeing bats flying around in the early evening, or maybe you even have a few bats roosting in your attic or a bat box near you house. If you do, your provincial biologist may be interested to hear about your bat sighting, so give them a call or send them an e-mail. If you want to help bats, you can buy or build your own bat box and give the bats near your house a place to sleep during the day. Who wouldn’t want to have these great little insect repellants around in the summer? 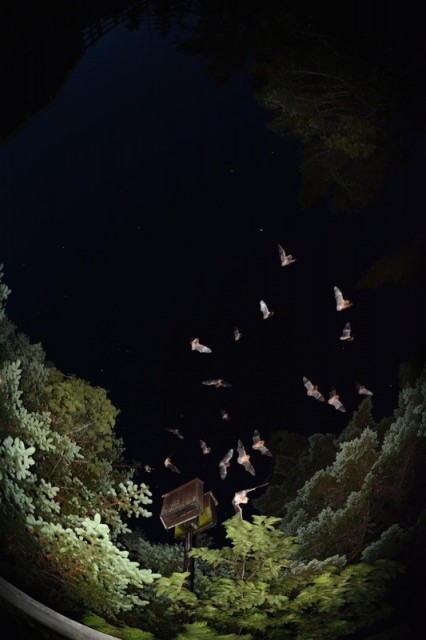 Thank you bats, for spreading seeds to grow forests, for pollinating flowers to give us tequila, for eating moths to give us vegetables, and for eating mosquitos to make our summer evenings so much more enjoyable.

Check out the links here for more information on bats and how to contact your provincial bat biologist. http://www.cwhc-rcsf.ca/docs/BatWhiteNoseSyndrome-WebLinks.pdf 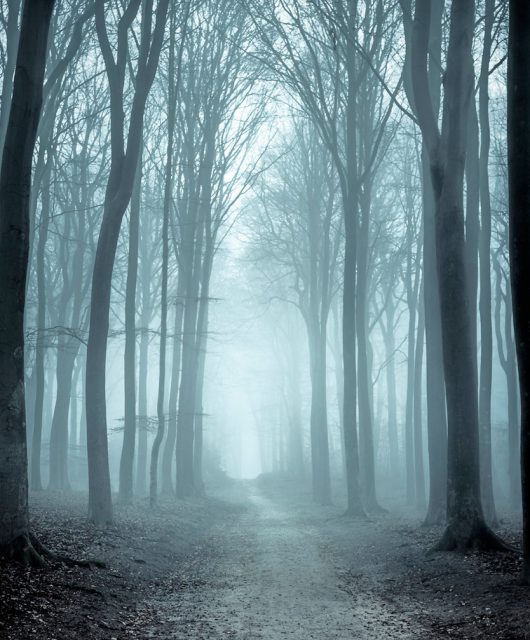 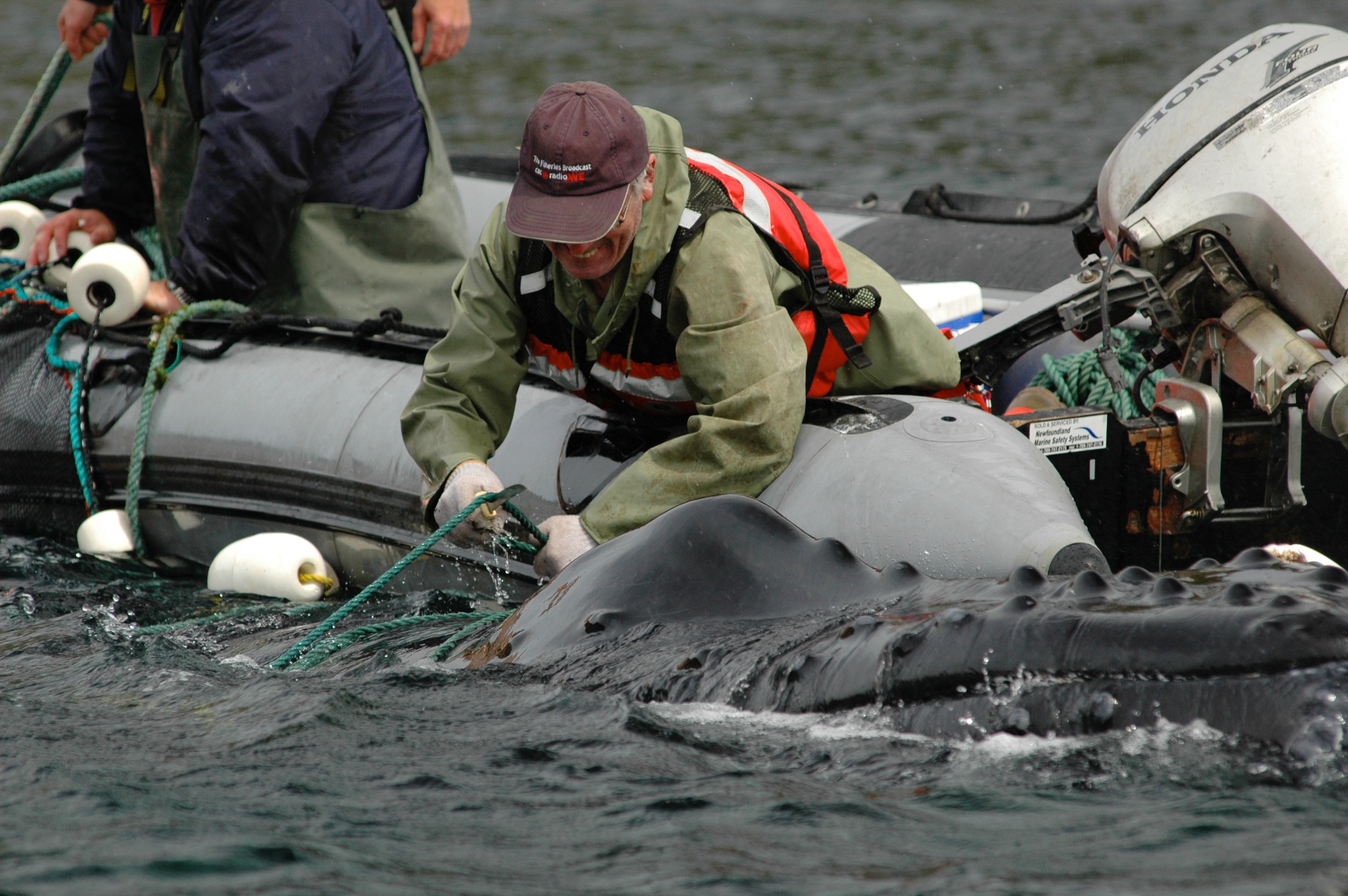