I visited Sussex Elementary School on November 13 to give a bat presentation to a large group of 2nd graders. They were very enthusiastic and loved looking at the bat specimens I brought! I was impressed with how much they knew about bats already. A new generation of advocates for wildlife is on the way!

Here is an article from a local newspaper about my visit to the school:

Sometimes, even bats need a superhero 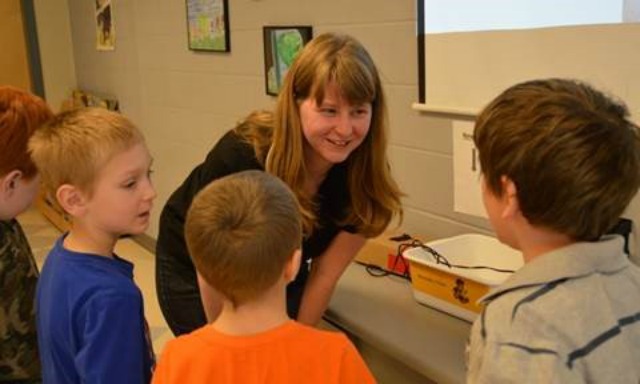 SUSSEX • Unless you’re talking about the one and only Batman, bats usually get a bad rap for being creepy flying bloodsuckers, but the Grade 2 students at Sussex Elementary think sometimes, even bats need a superhero.

The Grade 2 classes always band together to work on bat themed projects for Halloween but this year they decided to take it a step further. Upon hearing about white-nose syndrome, which has been wiping out bats across the Maritimes- the youngsters wanted to help out.

Instead of their usual Halloween fun, they launched a save the bats campaign as a part of their Good Deeds Project.

“Some teachers had gone to a professional summit development day and they heard one of the best ways to get kids involved in society is by showing that their good deeds can help society,” said one of the Grade 2 teachers, Shelly Bronnum. “This just kind of evolved and it was perfect.”

The young students have raised more than $200 since October. Their goal is $1,000 by the end of the year with all the proceeds going towards the Canadian Wildlife Federation to help the bats. Instead of running around town banging on doors, looking for donations, the students raise money through good deeds.

“When we see a student doing something nice when not being asked then we recognize that as a good deed. For example one boy knocked over his whole kit box and another boy helped him clean everything up without even being asked.”

When a kid is caught doing a good deed they receive a little gem – similar to a flattened out marble. Each gem is then stored in a huge jar in the school’s lobby. The gems are then turned into cash.

Bronnum admits these aren’t magical gems which poof into coins, the school had reached out to the community to find a sponsor for their Good Deeds Project. Robert Whitters, the vice president of RBC Dominion Securities in Sussex stepped up to the plate. 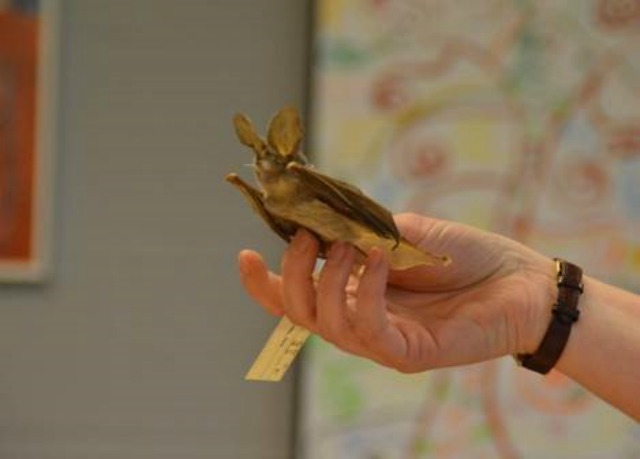 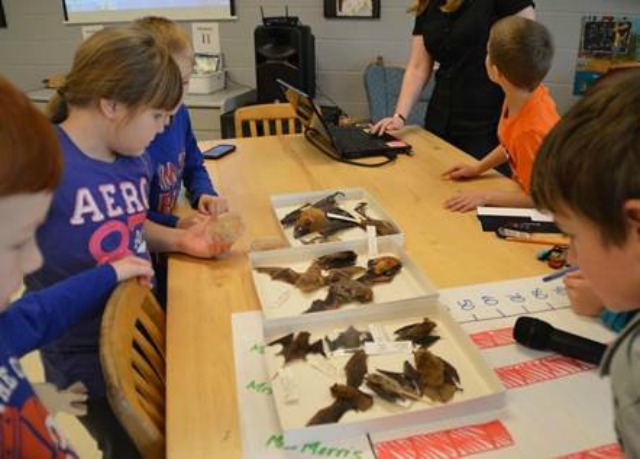 “When I was asked I thought about it and thought anytime you can marry doing a good deed with helping to save a species then there’s something being done right,” Whitters said. “It was the good deed part which really caught my eye. It’s so important to teach that to children.”

The students have been busy studying bats and what’s killing them. They formed a huge bat cave out of cardboard and many of them made up songs and stories about the fuzzy little creatures. However, even after all their research, the students still had bundles of questions they needed answers to.

“I just happen to live in Saint John so I was happy to come,” she said on Thursday at the school.

Vanderwolf didn’t just come alone – with her she brought a dozen or so dead bats from the New Brunswick Museum. She also educated the four Grade 2 classes on why bats are important and what exactly white-nose syndrome is.

“Bats are really important to our ecosystem. They eat a lot of bugs that eat our crops,” Vanderwolf said. “So if the bats are all gone then the crop eating pests will come back. If that happens then farmers will have to use more pesticides and increase food prices.”

In New Brunswick it’s estimated 99 per cent of the bat species has died off. The condition is a fungus which grows around the muzzles and on the wings of hibernating bats.

It was first discovered in New York in the winter of 2006, the disease surfaced in Canada in 2010.

While there has been no cure found for white-nose condition, Vanderwolf remains hopeful.

“The pace of the research is actually incredible,” she said. “In seven years we’ve found out so much because before that we didn’t know anything about it. It was completely unheard of.”

A Child’s Right to Nature

Our Day Filming With Striking Balance