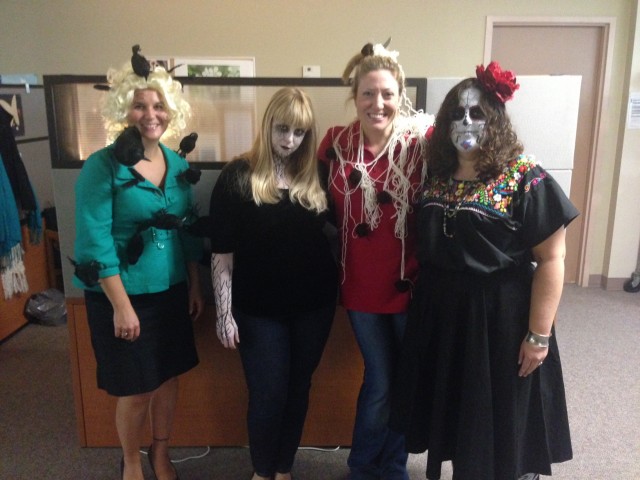 I hope you’re all having a wonderful Halloween! We at the Canadian Wildlife Federation are definitely getting into the spirit of things! Today is most definitely a day to hand out candy, watch your favourite scary movie, and dress up. But let’s not forget some of the animals associated with the big day.

The Spread of White-Nose Syndrome

CWF has been particularly interested in bats since their numbers are declining so rapidly. Our very own biologist, James Pagé, is increasingly worried that the disease that is debilitating many bat species is spreading across Canada and could be heading into Newfoundland. Read his interview about bats with the CBC here.

As if they don’t have enough to worry about, these poor creatures have had a bad rap for years. And all sorts of rumours have gone around about these winged mammals that simply…aren’t true. Let’s debunk some of the myths surrounding bats, shall we?

Bats will fly into your hair.

Where did this one come from, anyway? Bats don’t have much interest in humans. So if a bat is swooping around your head, he’s probably after the mosquito about to take a bite out of you.

The only bats that do drink blood are vampire bats found in Mexico as well as Central and South America. They lick blood off of cows, chickens and other animals. . Did you notice that I used the word lick? They don’t bite (unless they need to defend themselves)! So please stop worrying about bats. The bats that live here in Canada eat insects (take that mosquitos!), and play an important role in pest control.

Ok I should probably clear something up here. Bats can get rabies. But seeing that less than one per cent of bats actually contract rabies, the threat against humans is incredibly small. Of course, we’re not encouraging you to head out to a cave and try to handle these animals – they’re wild so they’re likely to bite out of self-defense.