No need to wait once a week for these scavengers to make their round.

Some species don’t get enough credit for the work they do to help keep the environment neat and tidy. Species that feast on dead and decaying plant and animal matter are called scavengers, a.k.a. nature’s clean up crew.

Scavengers play a crucial role in the environment; they help break down organic matter and recycle it back into the ecosystem as nutrients. They also keep potentially dangerous diseases and bacteria at bay by consuming the animal carcasses along the roadside, your favourite outdoor trail, and many other locations we might not even be aware of.

Take a look below at some of Canada’s most popular scavengers and some that just may surprise you. Turkey Vultures are scavengers in the truest form and feed almost exclusively on carrion (dead animals). Their keen sense of smell helps them detect gases from carrion along the roadside and beneath closed tree canopies. Their stomachs have strong acids that help kill off dangerous toxins and microorganisms, which helps minimize the spread of diseases and bacteria associated with carrion. Butterflies are scavengers too! Several species of butterflies have been found huddled on mud, urine and dung, and on the corpses of dead animals and fish as they lick for vital salt and minerals. 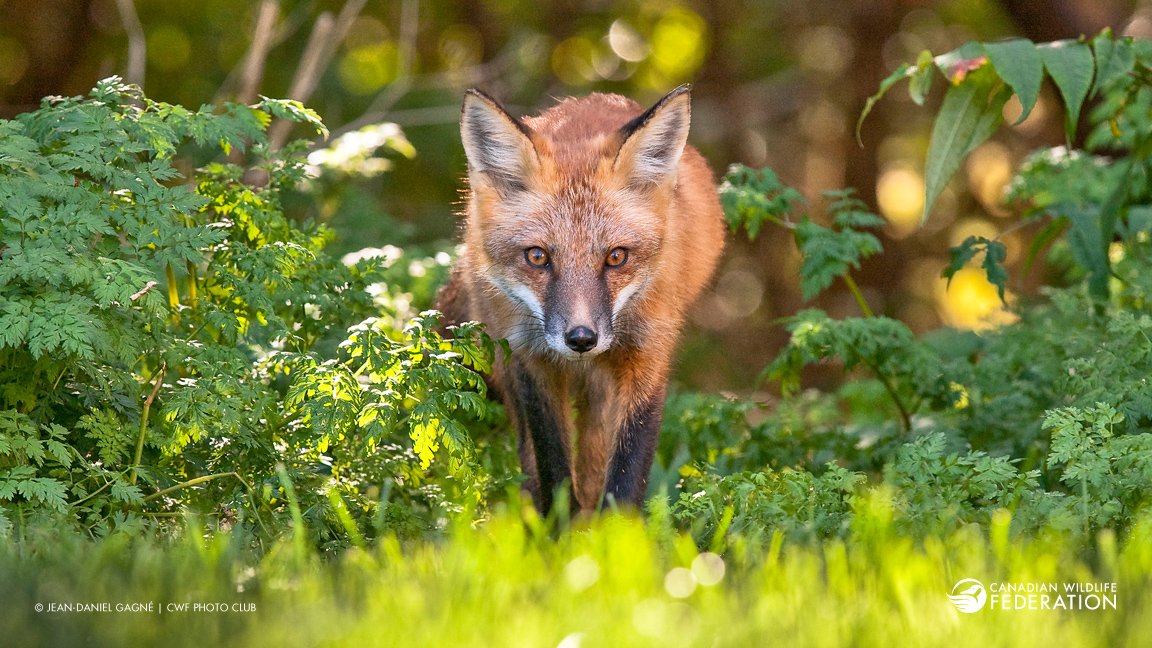 Red Foxes have a stomach of steel and can eat almost anything from voles, mice, squirrels and rabbits to reptiles, wild fruits and garbage. But they will also readily eat carrion any chance they get. Pine Martens have a cute appearance with a little round face and pointy nose. They are also very effective predators with sharp, curved and semi-retractable claws that help them climb trees. Just like many species, Pine Martens are also opportunistic predators that won’t pass up on free leftovers. You can count on Coyotes for scavenging on the leftovers from wolf kills. Coyotes are opportunists and will eat just about anything from small prey animals, deer, wild fruit to dead animals. This bird has adapted to living in many different habitats across the country and with that comes being able to adapt on what food is available. Ravens are mostly opportunistic omnivores and are known to prey on sick and dying animals and scavenge their carcasses. Wolverines are more of a scavenger than a hunter and usually depends on other animals, like wolves, to make the kill for them. But when push comes to shove, Wolverines will hunt their own prey. North American Lobsters do their part to keep the sea floor clean. These bottom-dwellers feed on crabs, shellfish, starfish, marine worms, sea urchins, slugs and snails – either alive or dead! They certainly do their part to help recycle the nutrients within their habitat. Black Bears take advantage of whatever grub is available. They need to forage up to 20 hours a day to increase their body weight for winter and will eat both plants and animals, including carrion.

Snapping Turtles play an important role in the ecosystems as scavengers. These turtles helps keep our lakes and rivers clean by eating a heavy diet of carrion and recycling the nutrients back into the bodies of water.

Adventure Where You Least Expect It 12 Wild Dates to Keep in Mind for This School Year