Canada is home to eight native freshwater turtle species, all of which are at some level of risk.

Today, we’re going to highlight the five species (or subspecies) that are MOST at-risk. These species could vanish from our country if we aren’t careful and don’t do everything we can to save them. Let’s learn about these beautiful turtles and why they’re most at risk here in Canada! 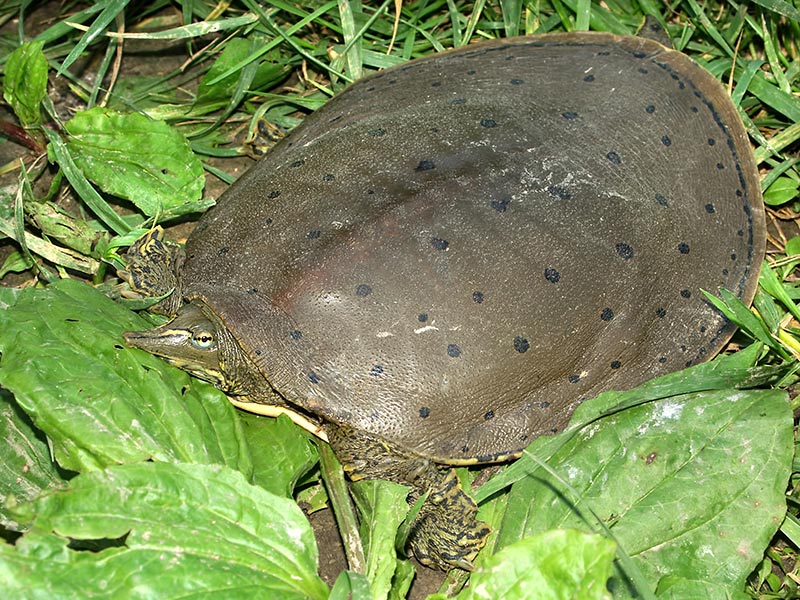 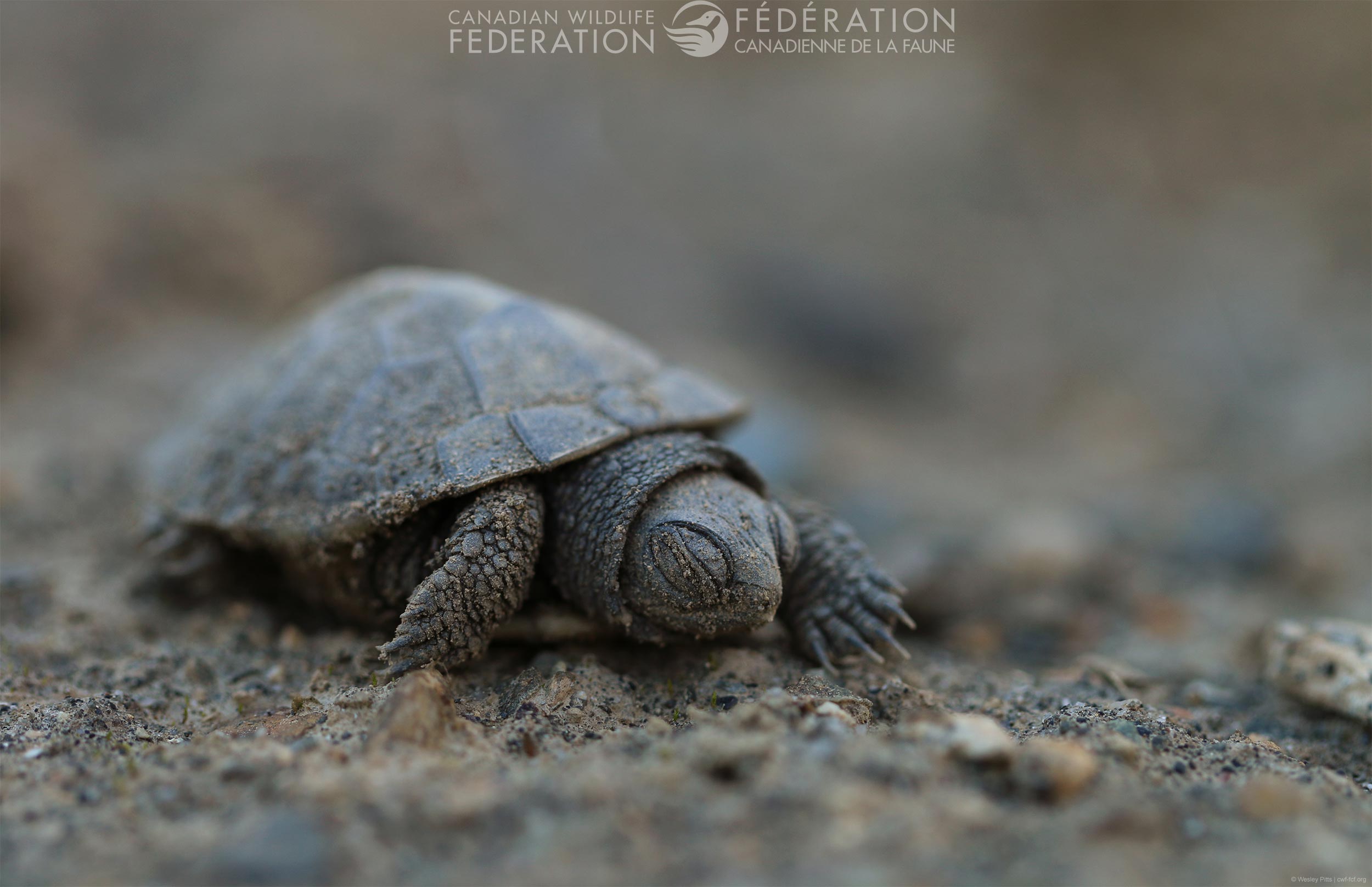 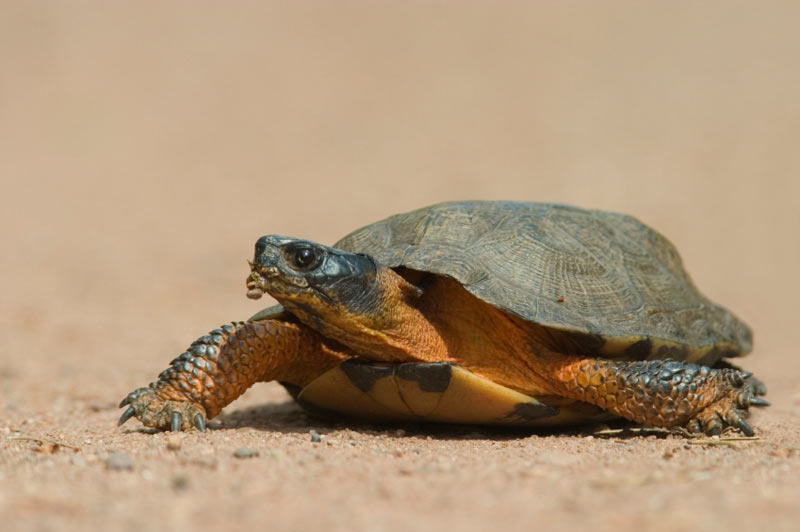 What Are the Greatest Risks?

Poaching for the Pet trade

While some turtle species are collected for consumption, the vast majority are collected (illegally) for the pet trade. Sadly, these are usually really rare and at-risk species like the Wood Turtle, Blanding’s Turtle and the Spotted Turtle. When you remove individuals in at-risk species it makes it even harder for the species to bounce back. Because of course, poaching isn’t the only threat these species are facing.

Between May and July, females choose their nesting sites – usually they pick sunny, sandy spots (although sometimes they’ll choose the gravelly areas on the side of the road to lay their eggs). There are many wild animals that will seek out turtle nests. The common culprits? Raccoons, foxes and coyotes.  It’s really hard to ensure a species survives when its young are being gobbled up left, right and centre.

As a result, the Canadian Wildlife Federation’s turtle team and partners are stepping in to help! Our teams have spent the summers caging turtle nests and/or collecting turtle eggs in Ontario and incubated them in captivity to help increase the wild populations. Caging the nests has helped to keep predators out and can help to protect the eggs until it’s time to hatch! Collecting the eggs for incubation helps to ensure all the eggs will be fully protected from predators. As of 2020, we released almost 50,000 hatchlings back into the wild!

When habitat is converted to farmland and urban development, many wild species (turtles included!) become homeless. In Ontario alone, 72 per cent of its wetlands have been lost since Europeans arrived. The risk of conversion from wetland to housing and retail development only increases the closer you get to cities and suburbs. Between 80 to 98 per cent of wetlands that are close by to these areas have been converted to suburban developments or farmland.

The Canadian Wildlife Federation’s turtle team and our partners have been hard at work trying to protect as much vital wetland habitat as they can. So far 2,500  km2  have been protected due to our Blanding’s Turtle surveys! Since these particular turtles are Threatened, we are able to get the wetlands they call home protected from development.

As you’ve read, turtles usually lay their eggs between May and July. And since many females consider the gravely ground on the side of the road to be suitable nesting ground, there is a very high rate of road mortality – of both females and young. It’s a real problem for turtles since it takes a long time for females to reach sexual maturity. This species relies on these adults to add to their population. Since they’re supposed to live between 50 and 120 years, it’s a real blow to the population when a female turtle is killed by a vehicle.

The Ottawa team has found more than 1,600 dead turtles on roads over the past few years. The death of one female represents the loss of her and all of her future potential offspring for years and even decades to come!

CWF has been hard at work conducting road surveys to target areas that have higher rates of road mortality. When we discover these areas, we can go in and do what we can to make the roads a little safer for these reptiles by building fences as well as crossing structures under roads so turtles can make it across the road safely. We also try to work in areas with drainage culverts under the road since these structures are so expensive to install.  So far road mitigation has been installed in three target areas with the highest rates of road mortality.

Want to learn more about all of the Canadian Wildlife Federation’s hard work on turtles? Visit HelptheTurtles.ca! 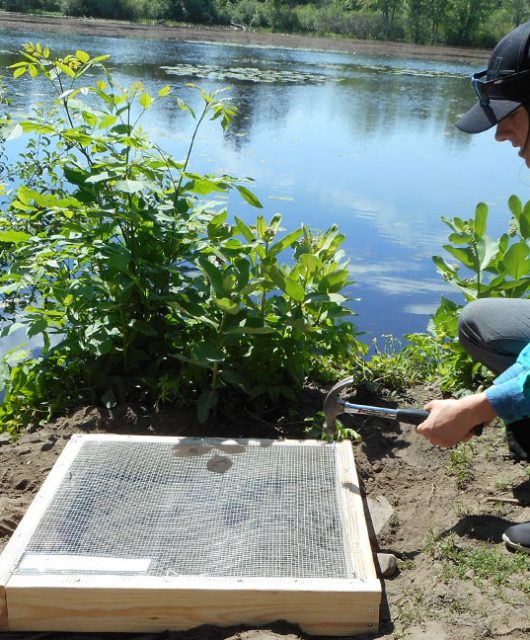 Our Day Filming With Striking Balance