As the mortality crisis for the North Atlantic Right Whale continues, researchers from the Marine Team at the Canadian Wildlife Federation are collaborating with fish harvesters to test new technologies that may allow fishing to continue while preventing entanglements in fishing gear.

Ropeless fishing gear is gear without any vertical lines left in the water column — from the water’s surface to the sediment — when the harvester is not present.

Ropeless systems have been tested successfully on a small scale — some are even widely used in other applications, such as oceanographic research. However, few trials have been conducted in Canadian commercial fisheries.

Our goal is to put ropeless fishing gear into the hands of fish harvesters so they can test it on the water, under the harsh marine conditions they encounter on a daily basis.

CWF and our collaborators are testing two main types of systems:

In the first type, lines and buoys are held in a containment system (such as a mesh bag or trap) at the bottom of the ocean until they are released via an acoustic trigger when the harvester comes to retrieve the catch.

The second type includes a deflated bag attached to the trap that inflates when triggered, raising the trap to the surface.

Both of these systems, if successful, could significantly reduce the risk to marine mammals by removing the vertical lines that entangle them from the water column.

Some aspects of ropeless gear that need to be tested include:

Is Ropeless Gear a Feasible Alternative?

The goal of these trials is to discover whether ropeless gear could be a feasible alternative to traditional fishing gear in areas with a North Atlantic Right Whale presence.

Areas in the Gulf of St. Lawrence with a North Atlantic Right Whale presence are susceptible to being closed to fisheries. It is our hope that ropeless gear would allow fish harvesters to continue working in these closed areas, rather than displacing fisheries.

Working with fish harvesters is our best chance to determine the potential these systems have to work for commercial fisheries in Atlantic Canada.

Elizabeth Baker is a Fisheries Engagement Specialist in Halifax, Nova Scotia, where she works with the CWF Marine Programs team to better understand the risk commercial fisheries present to marine mammals. Through engagement and collaboration with the fishing industry, the Marine Programs team is working to minimize the threats pose to marine mammals, in particular to the North Atlantic Right Whale. 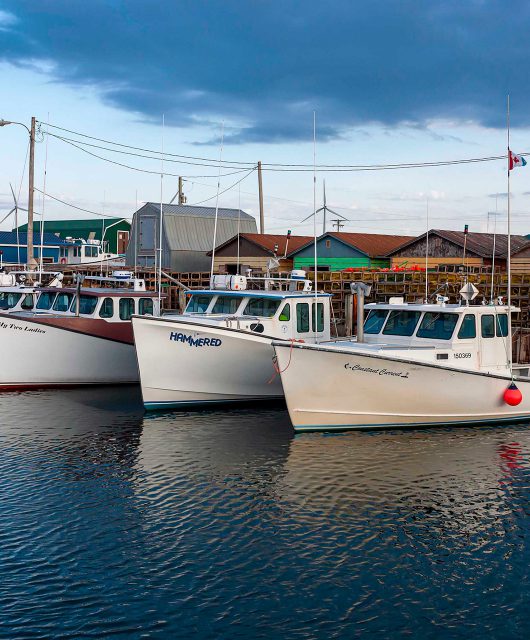