Everybody needs a safe space they call home – even small mammals.

We’ve got seven things that you might already have in your backyard that will make your space their favourite to hang out at! 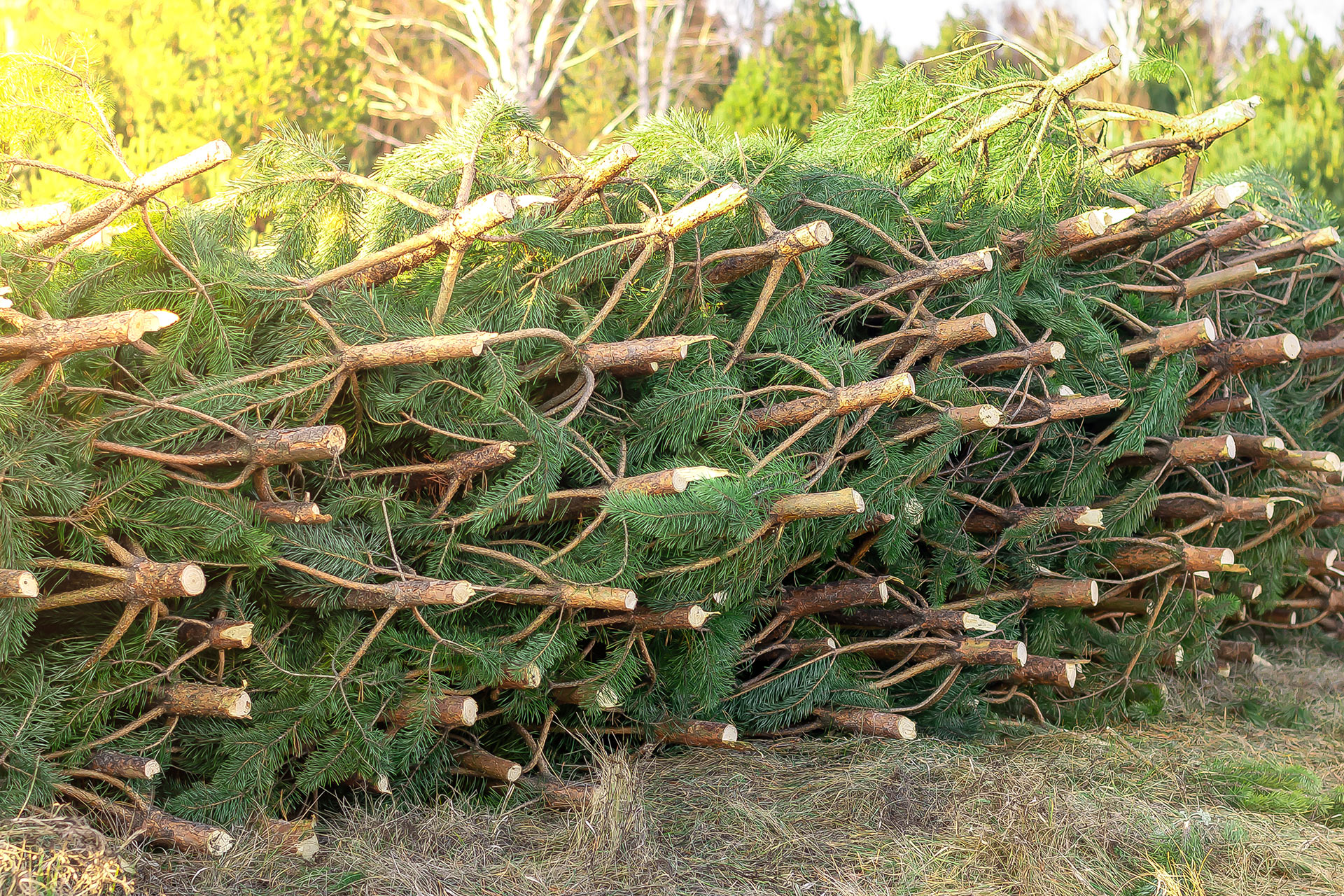 The Eastern Cottontail Rabbit will happily seek the shelter of a brush pile to get away from predators. You might not think your backyard is filled with danger, but it actually might be for this rabbit. Predators like owls, hawks, Coyotes, Red Foxes and even Fido, your super loveable dog might pose a threat to rabbits. If you don’t already have a brush pile in your backyard, they’re pretty easy to make. To create a brush pile in your backyard, lay down larger branches for a foundation and then build upon that in layers with various sized branches and sticks. Just make sure there are spots for small mammals to get through. Bonus! Your backyard birds will also use the brush pile to escape predators! 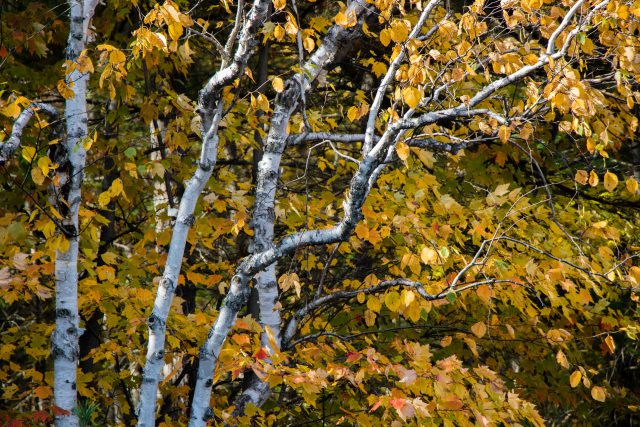 These leafy trees are a favourite of multiple species. Eastern Grey Squirrels build their nests high up in deciduous trees. They build their nests with leaves, vines, grasses and twigs. The material is tightly knit together to make it as sturdy as possible against strong winds. If they’re lucky they’ll be able to use an abandoned crow’s nest and will just add onto it with a few more twigs, but more often than not they have to make their own.

In the spring, the Eastern Grey Squirrel will snack on the buds of several deciduous trees – although maple trees are their favourite. Red Squirrels, on the other hand, drink the sap of Sugar Maple trees during springtime. They get at the liquid gold by gnawing away at the tip of the twigs until the sap is revealed. When the temperature dips, Eastern Cottontail Rabbits will feed on the stems, bark and buds of deciduous trees like Red Osier Dogwood and birch trees. 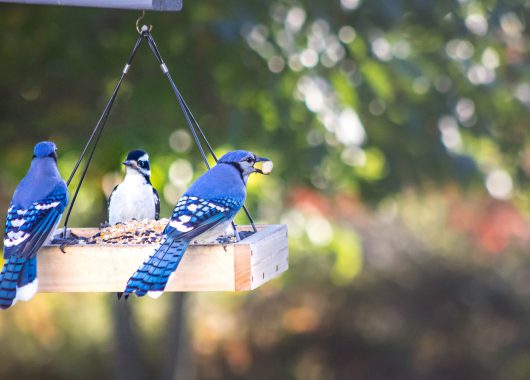 Try as you may, you might have noticed that birds aren’t the only critters attracted to birdfeeders. Chipmunks will spend plenty of time over the autumn months gathering food for the winter and much of the food they choose to store are seeds. They’ll stuff their cheeks full of seeds and bring the seeds to their nest. Did you know their cheeks are equipped with expandable skin and that’s how they jam so much in there? Fascinating! Since Chipmunks go into a state of torpor in the winter months, that cache of seeds comes in mighty handy.

Both Eastern Cottontail Rabbits and Eastern Grey Squirrels stay active through the winter months, and so they’ll happily chow down on birdseed that’s fallen to the snowy ground.

If you can’t beat ‘em, join em. A feeder filled with nuts will make plenty of small mammals happy. Eastern Grey Squirrels prefer to eat nuts over practically any other type of food – it’s pretty filling after all. After finding a nut, it’ll hide it away in the ground to unearth at a later date. But did you know they don’t find their nuts because they remember where they stored them? Nope! They find those nuts because of their keen sense of smell.

In the winter months, Red and Eastern Grey Squirrels will seek out mature trees with cavities to shelter from the elements. Young trees don’t usually have cavities and so mature trees are particularly precious to these small mammals. In a pinch, they’ll use a bird box so long as they are big enough to house them.

Chipmunks survive the winter by stashing food in their underground burrows. To keep them secret from predators, the entrances to these burrows are sometimes hidden away under rocks. With their cheeks stuffed with seeds, they’ll make their way down a tunnel to a single chamber about 15 centimetres in diameter. The chamber is blanketed with grasses, seed heads and leaves.

Hungry Red Squirrels are gleeful when they find a coniferous tree. They’ll chew off the tip of a branch and then hurry down the trunk to dine on the buds. Some of their favourites include White Spruce, Scotch Pines and Norway Spruce.

Enjoy Gardening to the Fullest 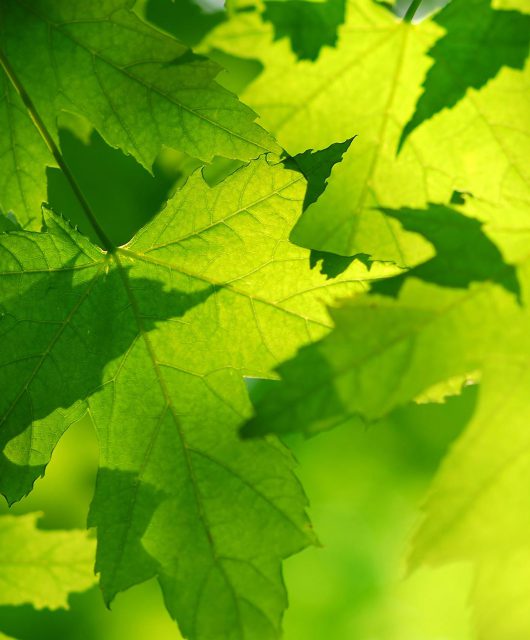 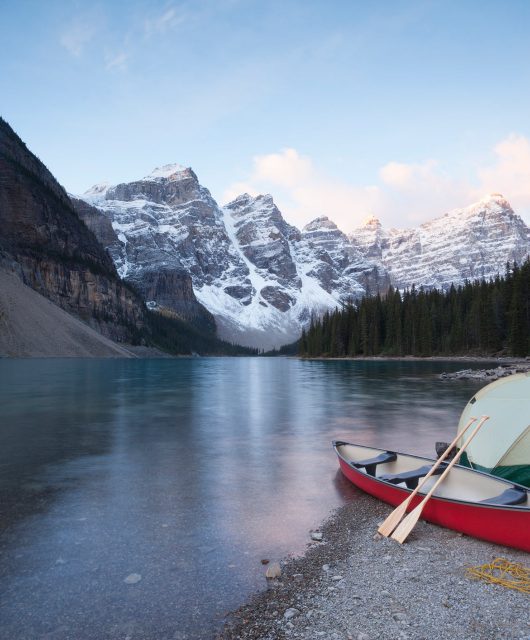