The Continuing Saga of Snowcone the Right Whale

After disappearing from view in early summer 2021 with a severe entanglement that had been only partly released, Snowcone was not seen again by researchers until December 2021. Identified by a unique marking just fore of her blowhole that resembles a snowcone, she re-emerged in North Atlantic right whale calving grounds off the US coast near Georgia, more than 2,000 kilometres from where she had been last seen. And she was accompanied by a new calf, despite a length of fishing line still embedded in her jaw area. Right whales gestation last 12 months, meaning she was entangled the previous year, after she had become pregnant.

Rescuers in the calving area contemplated at that time attempting to remove the rope still remaining even after two interventions by Canadian and US experts in 2021. They did not though because they determined it would be too risky for both mother and child since the calf was doing what comes naturally at such a young age: that is, staying very close at her mother’s side. Rescuer boats attempting to approach could have had serious consequences to all parties.

As expected, soon after the sighting Snowcone and her calf headed north, returning to her home waters off Massachusetts and Nova Scotia. In March, the duo was spotted off Cape Cod, having successfully completed the 1,600-kilometre journey north together, avoiding the constant twin dangers of further entanglement and lethal ship strikes.

Experts, excited and impressed that she is managing to prevail, nonetheless are concerned about Snowcone’s well-being. Nursing a young calf for the first eight to twelve months of its life doubles the energy requirement of a lactating mother which creates tremendous physical demands under even ideal circumstances. The fact she continues to be entangled in and dragging metres of heavy rope means there are the additional and considerable energy stresses just to move through the water, particularly over the epic distances she has been travelling. Scientists who have followed Snowcone over the years remark that she is now “skinnier” than ever, diminished no doubt by the wound and by the heavy physical demands.

Researchers in both Canada and the US are hopeful that when she is spotted again and the circumstances are right, disentanglement rescuers will be able to remove some if not all of the remaining rope, and Snowcone can live and birth more calves for a long time yet.

Normally, three years is a healthy interval between right whale births but in the last decades, females are having calves only every 6 to 10 years. The decline is thought to be attributable to the physical trauma and depletion that results from entanglement. This makes Snowcone’s second pregnancy in three years all the more remarkable. With a population dwindling to fewer than 360 animals and only about 70 females of breeding age, North Atlantic right whales are one of the most endangered animals on the planet.

It was near Cape Cod, Massachusetts in March 2021 that Snow Cone, a 16-year-old breeding female right whale, was spotted, entangled in commercial fishing gear.  (The nicknames, helpful in keeping track of each whale and for engaging the public are often inspired by their unique markings.) That day, US rescuers were able to free Snow Cone partially from the gear, but some rope remained lodged in her jaw before she dove deep and disappeared from sight.

It was on May 10 that she was spotted by a Canadian whale surveillance plane near Shippagan, N.B. and the next day Canadian rescuers from Campobello Whale Rescue hightailed it to the sight, rescue boat in tow, to attempt to disentangle her again. After getting their specialized craft in the water, they did manage to reach her and succeeded in removing some more of the rope before she fled back into the depths.

Snow Cone herself was observed in June 2021 but has not been re-sighted since. 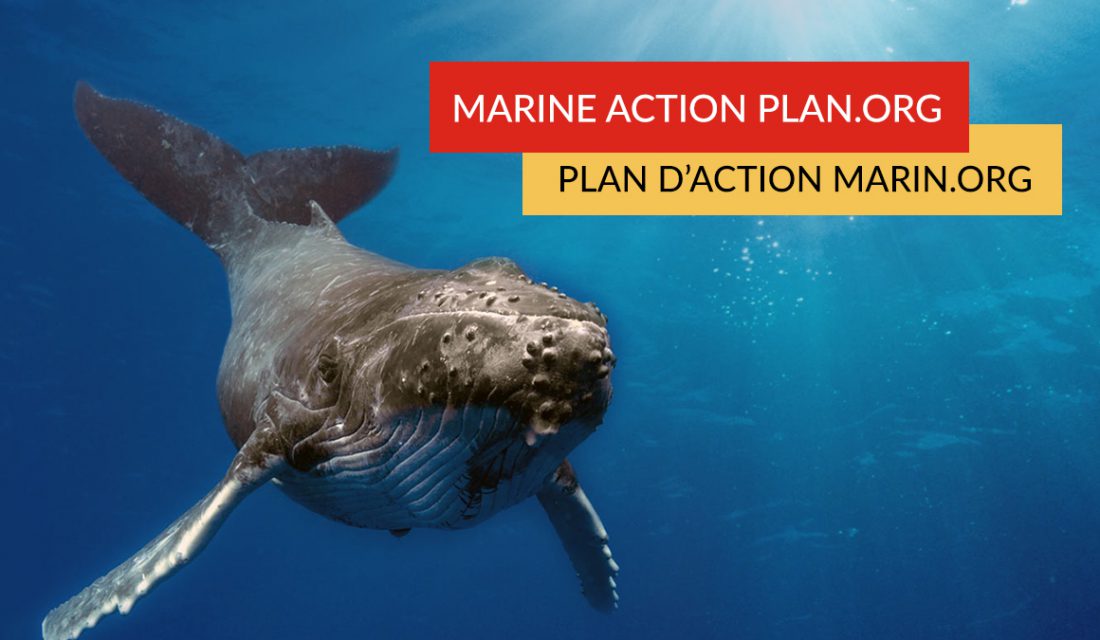 Sign Our Petition! Support CWF’s Marine Action Plan – MAP is a major conservation plan designed to make Canada’s ocean safer for marine wildlife. We are asking the Canadian government to continue to invest in research and programs that can help us better understand the range and movement of marine mammals. Knowing where these majestic animals are is critical to ensure their survival. Add your voice and help us get the support we need to help protect and conserve marine animals.

In a news release, the New England Aquarium said Snow Cone, the whale featured in a recent documentary about the endangered species, was spotted south of Massachusetts on Wednesday. The whale, a 17-year-old female, appears to be “in extremely poor health,” and “her death is all but certain.”