Our streams and rivers do not pass customs; our watersheds do not care about international laws. They flow from the highest peaks, pass both Canadian and American mountains, fields, towns and cities until they reach the oceans that surround us.

With this international state of aquatic affairs, the Canadian Wildlife Federation jumps at the opportunity to learn more from its southern neighbours, tagging along with Canadian aquatic ecotoxicologist Dr. Jen McIntyre as she goes into the field. She and her Washington State University research crew are conducting a study, which involves episodic exposure of urban runoff on aquatic invertebrate communities and rating the biological effectiveness of bio infiltration to prevent toxic effects. 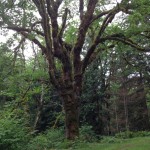 Early Wednesday morning, May 18, we join the Washington University research crew as they head to the Cedar River, one of two protected watersheds that feed the drinking water of the entire Seattle area and environs. To access this highly restricted area, all visitors and their vehicles must be pre-approved by the State.

This important ecological area is nestled in the Puget Sound lowlands, the U.S. portion of the Salish Sea found off the coast of British Columbia. The river flows through a rich ecozone teaming with Douglas fir, red cedar and big leaf maples, and is the destination of hundreds of thousands of salmon as they complete their long journey upstream to lay their eggs.

After passing two security gates, we park next to an old, converted trestle bridge covered in moss. The air is fragrant with the smells of cedar, foxgloves and poppies, which grow wild in the Northwest ditches and forests. 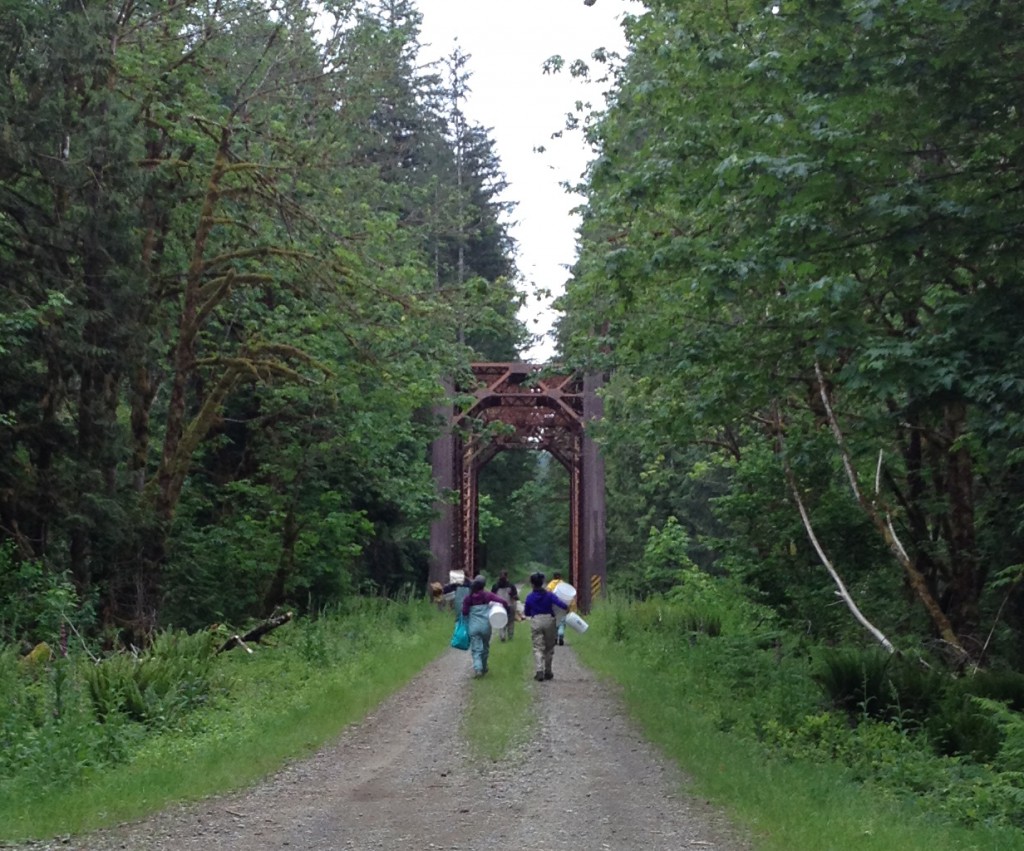 Collection buckets and bug nets in hand, we trundle in our waders over the bridge and down a narrow path down to the 10℃, rocky river below. 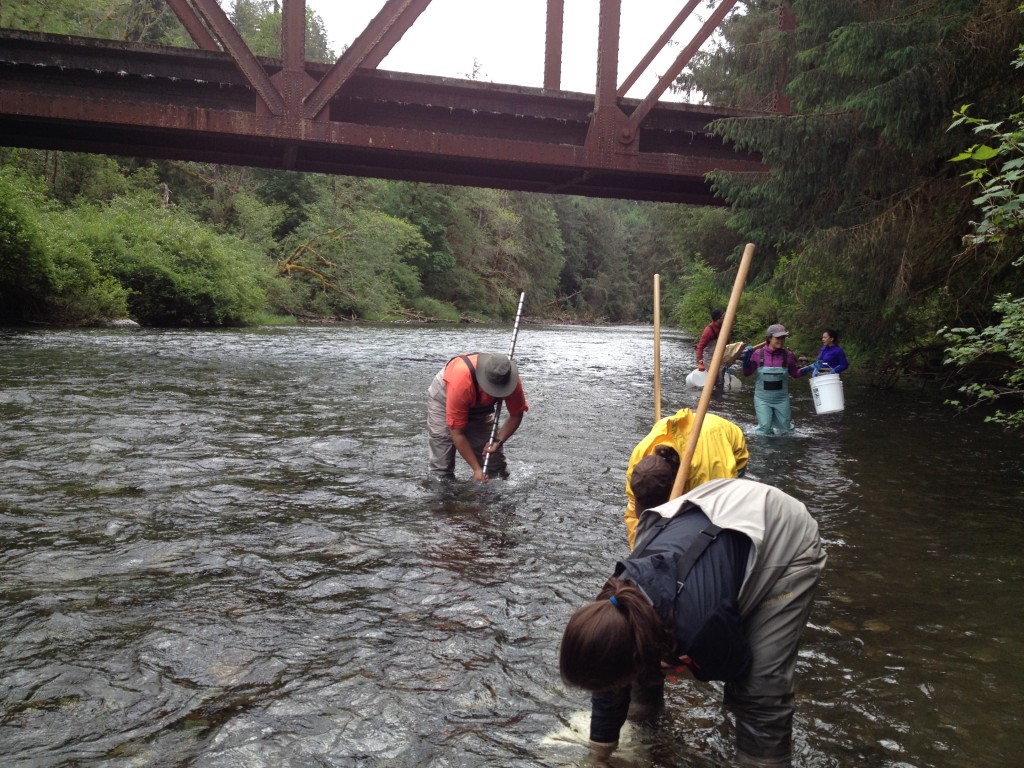 Our goal is to collect 2,000 invertebrates, with samplings of their natural habitats, to bring back to the WSU lab to populate experimental stream channels.

For several hours, we wade against the surging current, nets at the ready, “kicking” up particulates and collecting stone and  mayflies, and the intricate homes of caddis flies. 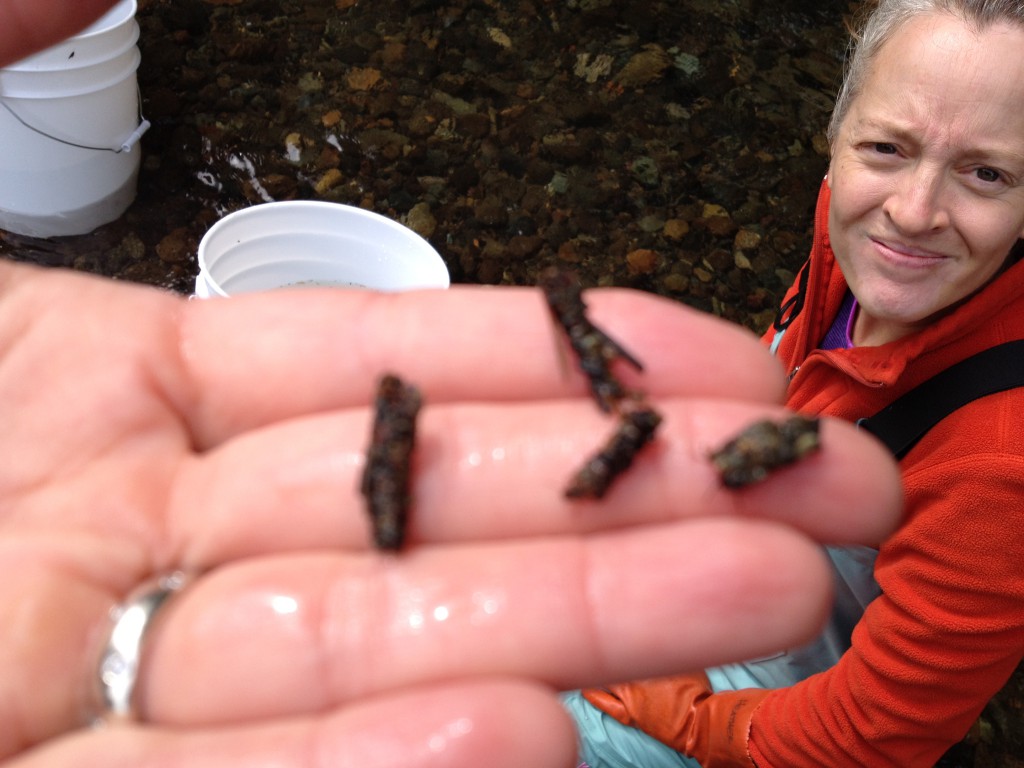 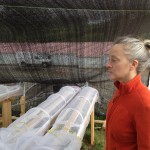 The sun warms our backs as we freeze our feet in the glacier-fed water. Two hours and twelve buckets later, we collected enough “bugs” to make study collaborator King County entomologist Dr. Kate Macneale happy. Scanning the bounty, she assesses the number of bugs using what Dr. Macneale calls the “marble game” and determines we have enough. We haul our samples back up the steep incline to the access road and our trucks to travel the 72 km back to the WSU labs in Puyallup, Washington to begin the experiment. 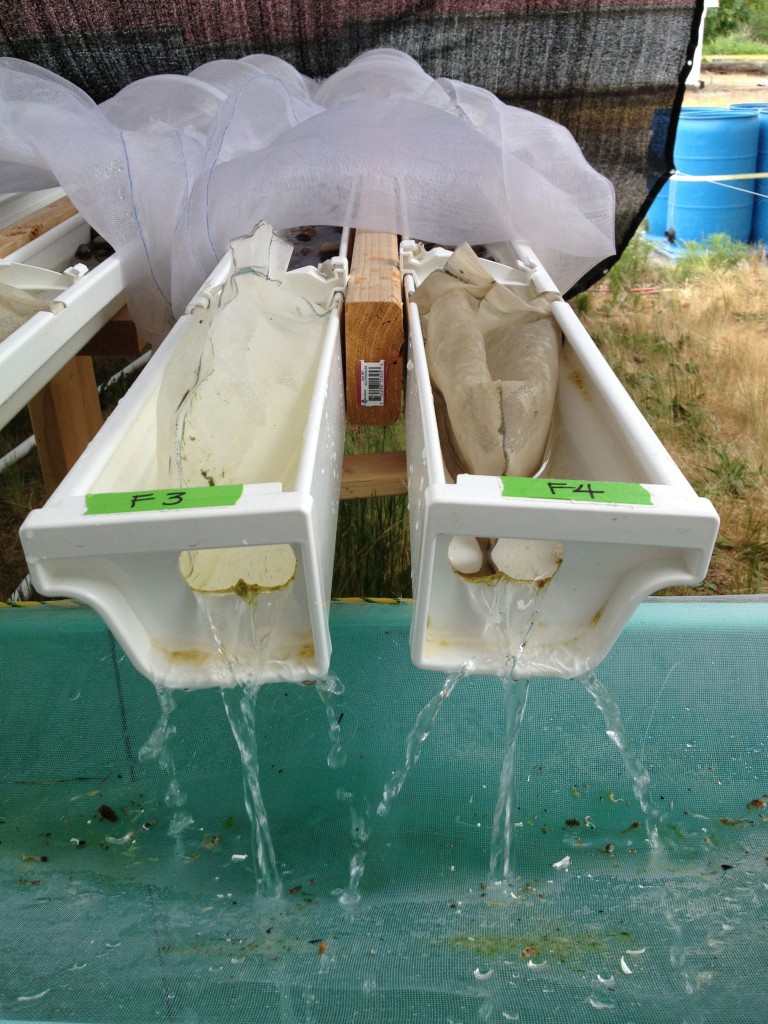 Now begins the three week series of exposures, introducing both urban runoff and bio-filtered water to “streams” of invertebrates, then monitoring the number and type of bugs washed into the catchment nets from each exposure.

“Through this study, we are hoping to find that when we filter the urban runoff through soil we can prevent the toxic impacts on aquatic invertebrate ecosystems,” explains Dr. McIntyre.

While the research is being done by our neighbours south of the border, the Ontario-born scientist hopes all will benefit from their results.

“The findings can have huge implications,” states Dr. McIntyre. “Urban runoff is a global problem, not just limited to the Salish Sea transboundary area. If successful, this study will show that filtering urban runoff through soils can prevent the impacts of widespread impairment of aquatic ecosystems from urban runoff.”