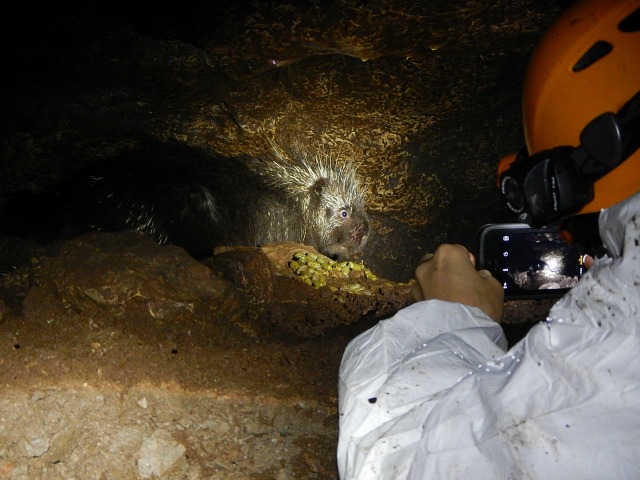 [We saw 4 porcupines in various caves this fall. Don’t get too close! Photo Credit:KJ Vanderwolf]

We have finished our fall bat surveys and found 22 bats hibernating in caves in New Brunswick, down slightly from 24 last winter. It is really starting to look like the decline is leveling off! Similar patterns have been seen in Vermont and New York, where white-nose syndrome has been present the longest. Both of these states and New Brunswick have lost >96% of their over-wintering bat populations, but it is starting to look like some individuals can survive the disease over multiple years. Scientists are hopeful that this is indeed the case and that this ability to survive is heritable. However, it is not yet known if these ‘survivors’ are in good enough shape to reproduce. Little Brown Bats can live for 30 years and females only produce one pup per year when they are in good physical condition. So a recovery of the bat population, if it occurs at all, is going to take a long time. But the fact that bats are still present at all is a hopeful sign!

In other good news, 3 bat species have now been listed as Endangered under the Species at Risk Act in Canada! This means that a recovery strategy will be developed, bats on federal lands are protected, and funding will be made available for research on how to mitigate bat mortality both from the disease and other factors. More information on the effects of listing can be found here. 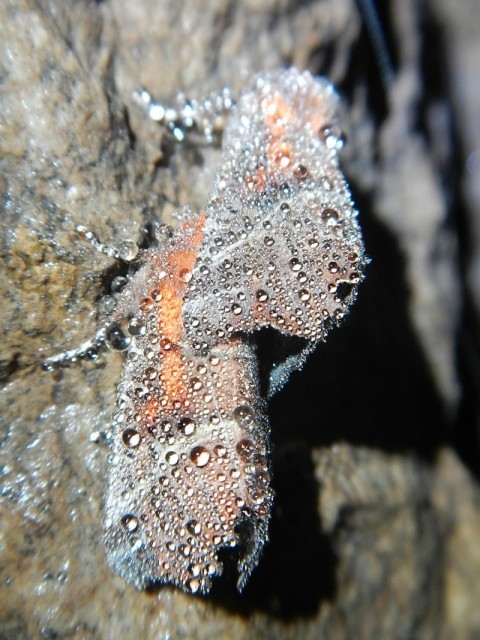 [We saw more herald moths hibernating in caves this fall than we’ve ever seen before. It must have been a good year for them! Photo Credit: KJ Vanderwolf] 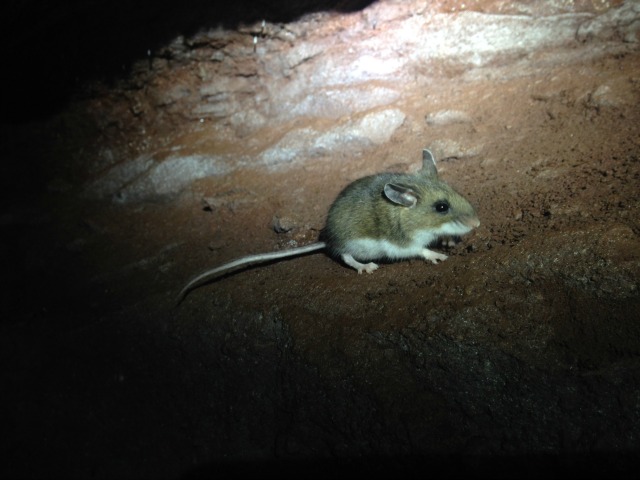 [Once again we saw deer mice in one of the mines. This one had constructed a cozy nest in the mine made of shredded wood. Photo Credit: DF McAlpine/New Brunswick Museum] 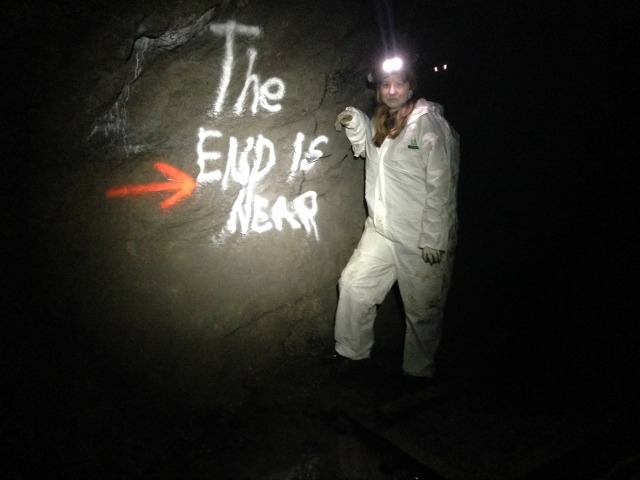 [But hopefully not the end of the bats! Unfortunately graffiti is a common problem in caves. Photo Credit: DF McAlpine/New Brunswick Museum]

Check Out Our Presentation at the Vancouver Aquarium!