Is it time for an official Canadian ban on neonicotinoids for their devastating effect on bugs, birds and humans? Most experts say yes.

When neonicotinoid insecticides came into wide-spread use in the 1990s, farmers in Canada and around the world saw them as a godsend. Older pest-killers on the market weren’t working too well because bugs had evolved to evade their killing mechanisms. Plus, those older classes of chemicals were causing worries about toxicity to landscapes, water systems and other creatures that weren’t the targets.

In the decades since, neonics have become the most popular insecticides on the planet. Popular not in the sense of beloved, but in their extraordinary reach.

It’s not just that the chemicals are sprayed on crops as needed — although they are. It’s that seeds are coated in the stuff before they’re even planted, whether there’s the threat of a pest infestation or not. That goes for corn, soybeans, canola, wheat, bedding plants, vegetables, fruit and even tea plantations from China to India, from Africa to the US and Canada.

An exception is Europe, where most types of neonics were banned a year ago. Last year, an international group of more than 200 scientists from the Task Force on Systemic Pesticides called on Canada and other countries to follow suit. In April, Health Canada opted not to. Instead, it is cancelling and restricting some neonic uses and allowing the chemicals to be used on canola seeds and greenhouse vegetables, among others. The department is still assessing risks to aquatic insects. Meanwhile, Ontario has ordered cuts of 80 per cent to neonic use. The issue is that they are systemic pesticides, meaning the chemicals infuse every cell in the planet’s body, right down to flowers and pollen. So far, the highly publicized concerns are over what that means for birds and bees, collateral damage to the pests that eat up farmers’ crops.

The effect on bees is direct. Neonics are a potent neurotoxin that interferes with the pollinators’ (and other insects’) ability to think, killing or injuring them. Birds — some of whose numbers are already in steep decline — are mainly being affected indirectly, as the University of Saskatchewan ecotoxicologist Christy Morrissey and others have found. Many are going hungry because the toxins are poisoning the bugs they need to eat.

That’s scary enough. But now, another eyebrow-raising study has come out from the University of Saskatchewan. Biologists Rachel Parkinson and John Gray studied the effect of the neonic formulation Imidacloprid on locusts. Bad news, as it turns out. Locusts dosed with small amounts of the pesticide couldn’t figure out how to avoid bumping into things. Many forgot how to fly.

Worse, though, was that two of the chemicals produced as the pesticide degrades — called metabolites — were at least as toxic to the locusts as the pesticide itself and sometimes far more toxic. But when regulatory agencies tot up the concentration of neonics in the environment, those metabolites aren’t counted. Nor is the longevity of metabolites considered in overall toxicity.

All of that is alarming. But then there’s the line at the end of the study that waves even more red flags. It’s about something called “conduction velocity,” which refers to how fast connections flow across nerve tissue in the brain. The neonic and its metabolites interfered with conduction velocity in locusts, “which corresponds with effects measured in humans exposed to agricultural neonics,” the authors write.

Just how much research has been done on how neonics affect the human brain? A 2018 overview survey of about 100 studies said humans are being exposed to the pesticide in multiple ways, including by both air and mouth with unknown consequences. Another found that the chemicals have been detected in human urine, blood and hair.

A 2014 Harvard University study found neonic traces in every single fruit and vegetable tested, apart from nectarines and tomatoes, and in 90 per cent of honey, according to a review for the Ontario College of Family Physicians by Dr. Marg Sanborn. Six in 10 groundwater wells in potato-growing parts of Quebec had neonics, she said.

Those indicators are alarming enough for some scientists to call for large-scale studies on how the pesticides are affecting human health, particularly brain development and function.

What bothers me is how inexorable the unfolding of the problem feels. First, a pesticide is the brave new saviour for food crops. Then, there might be a few unwanted effects on other bugs. Then, lo and behold, bees are dying off. Birds are starving. Locusts are befuddled. And now there’s some evidence that these powerful, now omnipresent brain toxins might have the ability to affect human health.

All of this follows the pattern of every broad-scale industrial pesticide we have created. The conundrum: How do we grow enough food to feed us all and still honour the fact that insects are critical to the way our planet functions?

Learn more about neonics at BanWithAPlan.org 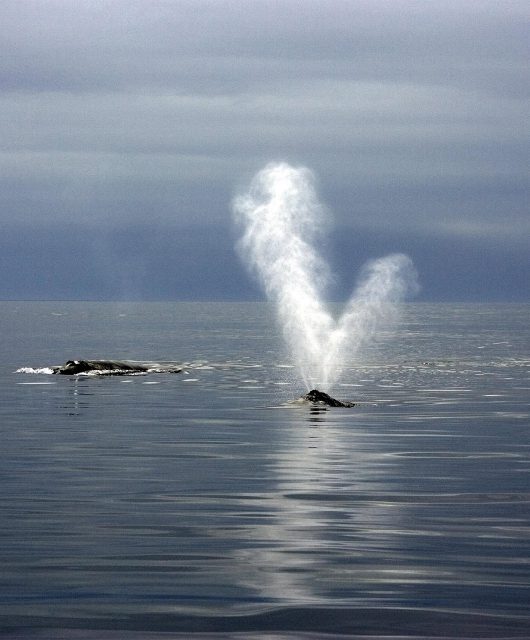