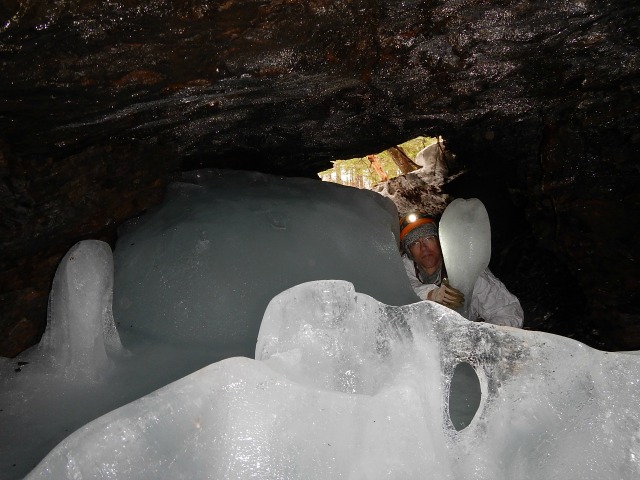 [We had to clamber over ice formations to get into this cave. Photo Credit: KJ Vanderwolf]

We have finished our bat surveys for the winter and only found 12 bats! This is a far cry from the ~7000 bats we used to find. I had hoped the decline had leveled off here in New Brunswick, but we saw 24 bats last year so the population is still decreasing. Some of the bats that are left are visibly infected with White-nose syndrome (WNS), but not all of them. We are hoping that some individuals are naturally resistant to the fungal disease, and are in good enough physical condition to reproduce. Female bats produce one pup per year so a population recovery, if it happens, will take a long time.

WNS is continuing to spread west as results from this past winter are analyzed.

The map will continue to be updated over the next couple of months as samples are processed. Hopefully Manitoba and Newfoundland continue to be WNS-free!

In slightly better news, the U.S. has listed the Northern Long-Ear Bat as threatened. This affords the species some protection from human-caused sources of mortality such as wind energy development and habitat destruction. The species is listed as endangered in Canada. 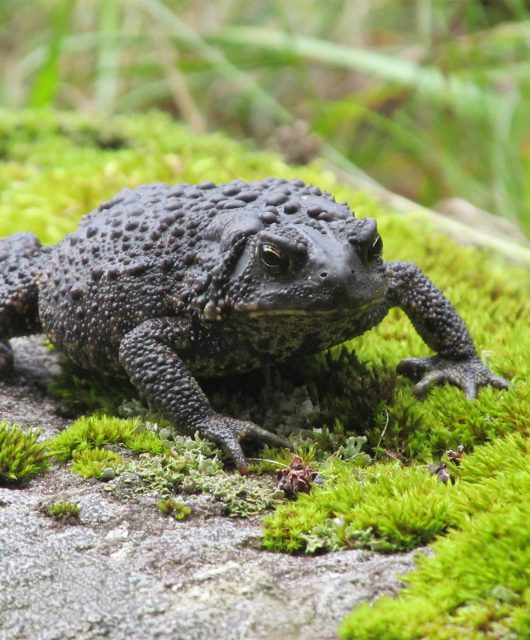 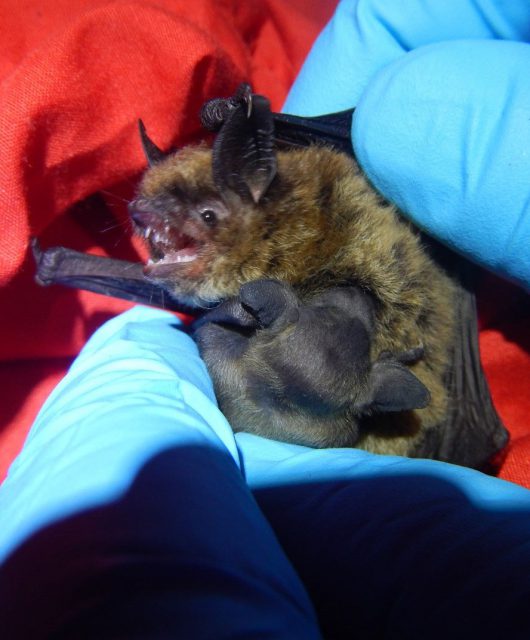 A Video on Bats and White Nose Snydrome