Known together as cetaceans, many people often use these terms interchangeably – while they share many things in common, there are differences between the three that make each group unique and distinct from the rest!

Within the Cetacea order are two suborders:

The term “whale” is often reserved to distinguish species based on their size, with whales typically being much larger than their counterparts. This is especially true for the baleen whales which are some of the largest animals on the planet, like Blue and Fin Whales, and the larger toothed whales such as the Sperm Whale.

Beyond size, the following are other characteristics that separate whales from dolphins and porpoises.

The first difference is the size of their dorsal fins relative to their body size. While dolphins tend to have well-defined dorsal fins, whales comparatively have tiny or even no dorsal fin (such as the Beluga Whale).

The second difference can be found in their neck vertebrae. Whales have evolved over time to have fused neck vertebrae – an adaptation that helps them to support the weight of their heads, while some dolphins have flexible necks.

Having teeth differentiates dolphins from whales in more ways than simple dentition.

Whales in the Mysticeti suborder have baleen plates, which means their diet differs a lot from dolphins’ diet. Dolphins will prey on fish and squid that they can grasp with their teeth, while baleen whales prey upon tiny crustaceans like krill and copepods.

This also means dolphins have evolved different strategies for gathering food. Dolphins rely heavily on the use of echolocation for hunting and navigation, where baleen whale songs are used for communication.

Here are several physiological differences between the two subgroups.

There are several differences between their blowholes. Baleen whales have two blowholes, while the toothed whales, and subsequently dolphins and porpoises only have one. The structure of dolphin blowholes is also different from both whales and porpoises, which allows them to make a variety of whistle sounds to communicate with others.

Dolphins (and toothed whales) have some of the largest brains relative to their body size of any animals and are highly intelligent. In fact, Killer Whales have the second largest brain of any animal, only behind the Sperm Whale.

Dolphins and toothed whales have a different social structure from most large whales. Dolphins are highly social animals that live in large groups or pods of related animals, where they help each other hunt, play, and rear offspring. Meanwhile, the large whales tend to be more solitary, aggregating in shared feeding grounds or for breeding.

Dolphins have a very different body shape in comparison to whales – dolphins are leaner with torpedo shaped bodies and elongated beaks.

Common species that are often called whales but are actually dolphins include Killer Whales, Pilot Whales, and False Killer Whales.

The most common misidentification of cetaceans is between dolphins and porpoises – both belonging to the toothed whale family. However, there are several differences between them.

The biggest difference between porpoises and dolphins is their teeth. Dolphins have cone-shaped teeth, where porpoises have flat, spade-shaped teeth. However, it is not easy to see their teeth at a quick glance. Luckily, there are some external differences between them.

Dolphins usually have curved or sickle-shaped dorsal fins, while porpoises’ dorsal fins are more triangular shaped. Dolphins also tend to have a longer and more pointed beak, while porpoises have a shorter face, and an overall more rounded body than the leaner dolphins.

Just like the differences between the baleen and toothed whales, there are differences between dolphin and porpoise communication. Dolphins are very chatty, making a range of noises that are audible to the human ear. Porpoises, however, communicate at a higher frequency that we cannot hear, and less often than dolphins.

Porpoises tend to travel is smaller groups, and have more subdued surface behaviour, compared to their aerobatic dolphin cousins. It is thought that these differences help porpoises to evade predation (e.g. by Killer Whales), by staying under the radar, while dolphins have the advantage of large group sizes and speed to protect them.

Learn about what the Canadian Wildlife Federation is doing to help our Coasts & Oceans.

Alex Cole works with CWF’s Marine Team in Halifax, N.S. as a Fisheries Management Evaluation Specialist focusing on understanding the risk commercial fisheries produce for Canada’s large whales. Originally from B.C., she worked in zoological animal care and in the whale watching industry, where she expanded her knowledge of animal behaviour and the importance of conservation education, before following her passion of whale conservation to the East Coast. When not talking about whales, she can be found ocean-side, hiking, or snuggling her cat with a good book. 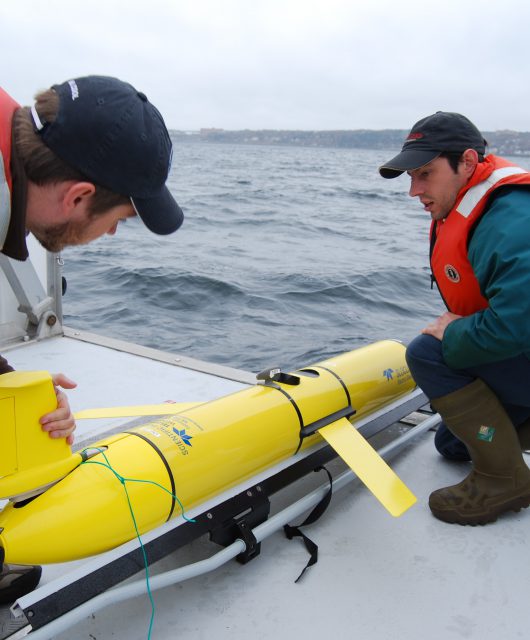 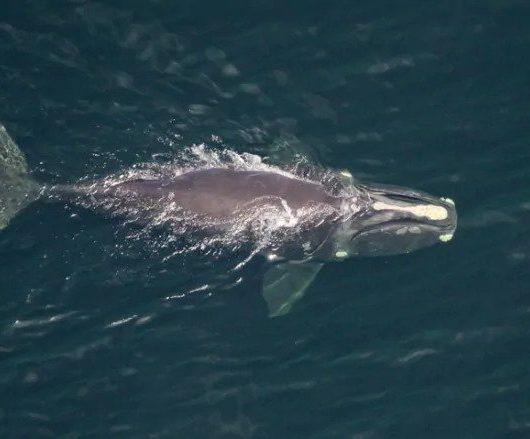