This article was written by CWF’s Marine Manager, Sean Brillant.

The Natural Resources Defense Council (NRDC), a U.S. environmental activist organization, recently released a report entitled Net Loss: The Killing of Marine Mammals in Foreign Fisheries. The report says that more than 90 per cent of the seafood consumed in the U.S. comes from foreign fisheries, however the U.S. does not enforce a law within the U.S. Marine Mammal Protection Act – requiring foreign fisheries to meet U.S. standards for sustainable harvesting, more specifically regarding the by-catch of marine mammals. As a result, the report indicates that as many as 650,000 sea mammals are either killed or injured every year by these foreign fisheries supplying product to the U.S.

While I agree that all countries should ensure the sustainability of their own industries, as well as their imports, and it is true that Canada is over-due to act to protect North Atlantic right whales from commercial fisheries, NRDC’s criticism of Canada regarding right whales is, however, somewhat poorly informed.

The report states that Canada’s lobster and crab fisheries pose a dire threat to the North Atlantic right whale and implies that there has been no effort to protect this marine mammal in Canada. This implication is wholly untrue.  Canada led the way to protect right whales from vessel strikes and have protected many right whales as a result. However, Canada has not acted to reduce the risk of right whales becoming entangled in commercial fishing gear. This is long-overdue, and correctly reported in the NRDC report.

Scientists, conservation organizations, government agencies and fishermen have been working on this issue for many years now and a great amount of effort has gone into evaluating how Canada can protect right whales from fishing gear.

The Canadian Wildlife Federation (CWF), WWF-Canada and Dalhousie University have been working together on a quantitative analysis of the risk right whales face from Canadian commercial fisheries. This allows us to see where the greatest risks are throughout the year and which fisheries pose the greatest threat. We are near the completion of this research and I presented the results at the Fisheries and Oceans Canada (DFO) 2013 Right Whale Recovery Network and the 2013 North Atlantic Right Whale Consortium Annual Meeting. Our research has shown that in general, groundfish fisheries are the largest risk to right whales in Canada; lobster is one of the smaller risks.

We’ve also made specific recommendations to DFO on how best to manage the fisheries in Atlantic Canada so that the risk to right whales is reduced. There is much that needs to be done and CWF is eager to see the changes the Government of Canada will make to protect right whales based on these recommendations we’ve provided.

Canada’s commercial fisheries do indeed threaten right whales and Canada is legally required, by our own laws, to protect this endangered species. Conservation action on this issue is late, but changes will come. In my view, conserving wildlife effectively, especially endangered species, requires sound knowledge to determine how to manage the human activities that threaten them. CWF recognizes this and puts a high priority on conservation efforts that are supported by science.

We’ll keep you in the loop about our right whale study. 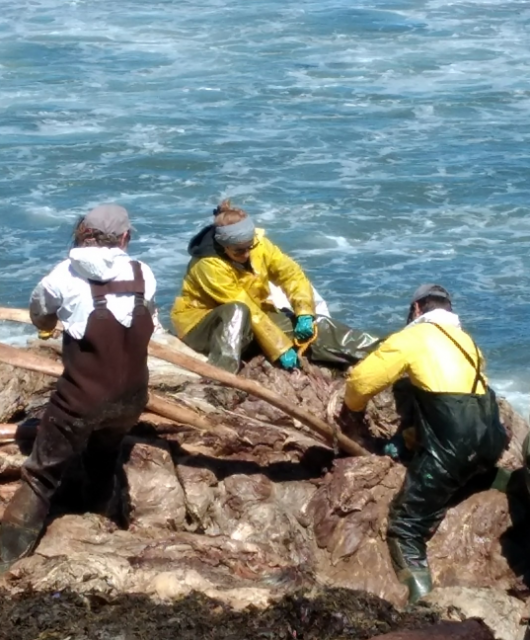