As temperatures warm outdoors, many anglers are restocking their tackle kits and preparing their rods and reels for another season of fishing.

More than three million people go fishing in Canada each year. For many of those people, fishing is about more than bringing home a fresh and nutritious supper. Fishing is a way to relax, spend time with friends and family, and reconnect with nature.

But responsible fishing also means being prepared to safely handle any fish that bites the hook — even if it isn’t what you were targeting.

The American Eel is an example of a fish that you might accidentally capture when you head out fishing in Central and Eastern Canada. In Ontario, the eel population has declined by more than 99 per cent since the 1980s. As an Endangered species in Ontario, American Eels cannot be intentionally targeted by anglers. But these rare fish still surprise unsuspecting anglers at the end of the line sometimes. If caught, American Eels must be released immediately!

What Do You Do?

Would you know what to do if you incidentally captured an American Eel? If not, the Canadian Wildlife Federation can help!

In 2018, CWF conducted an experiment to find out how to best release incidentally captured eels. We’re happy to report that all American Eels survived the catch-and-release experiment, whether they were released by cutting the line or hook removal.

Even better, after a seven-day monitoring period, 87 per cent of American Eels exhibited little or no sign of hooking injury. Also, a large proportion of the line-cut eels had shed their hooks, with shallower hooks being shed more easily. This suggests that eels are not highly vulnerable to incidental capture by anglers.

In conclusion? If you catch an American Eel, don’t be intimidated — all you need to do is release it!

It’s up to you whether you choose to cut the line or remove the hook. Line cutting may be the easiest and quickest option because these slippery fish are extremely challenging to handle!

Learn more about the American Eel and other related projects.

Aline Litt is a biologist with the Canadian Wildlife Federation. She focuses on projects relating to the conservation of American Eels. 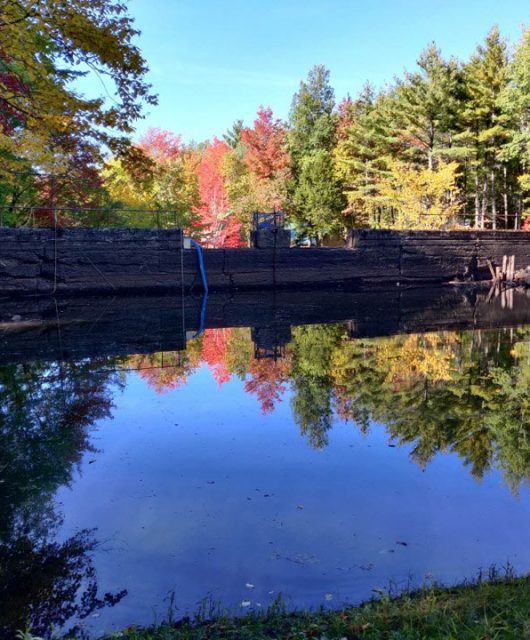 How To Remove a Dam: A Case Study