The American Eel’s numbers have been devastated here in Canada.

That’s leaving a lot of people wondering if the species is doomed. Indeed, there are several factors that the American Eel is up against, most notably: 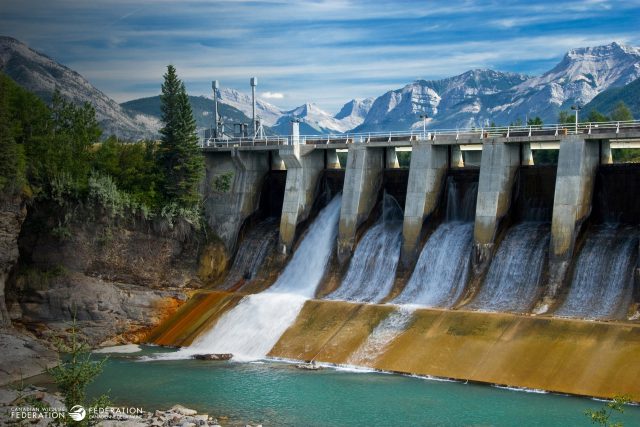 Hydropower dams and other barriers are often located directly in their migration path and is the single greatest obstacle to eel migration. This is a problem because it chops them up to pieces are they migrate through. This is especially devasting to their population when it’s a female with eggs attempting to migrate through.

Hydro power companies need to provide safe passage for the American Eels at hydroelectric dams and other barriers that block their migration. We know that 75 per cent of American Eels migrate at night between July and September, a time when energy demands are lower. It would help mitigate the threat of being chopped up if generators were turned off, even for a few short hours at night to allow water and eels to safely pass through their spillways during this short period of time.

2. Poor protection of fish habitat by the Government 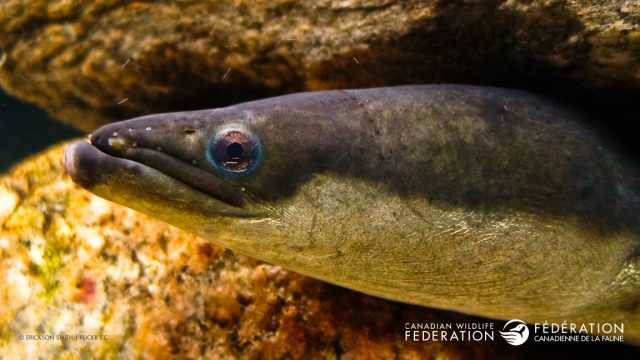 A severe lack of government action to enforce the Fisheries Act when projects negatively alter fish habitats. Did you know? The Department of Fisheries and Oceans (DFO) receives approximately 3,000 project notifications every year but only require the offset of about 200 projects. Nearly 2,700 projects slip through which has devastating effects for fish habitat.

For example, in 2016, 36 projects were approved in Manitoba which resulted in the total alteration of 23, 881 metres squared (size of nearly four and a half football fields) of fish habitat as well as the total destruction of 6,768 metres squared (nearly one and one-third football field) with absolutely no compensation for the damage done. This happened in one year and in one province. Imagine the culminative effects of this habitat alteration and loss year after year in every province and territory.

We need DFO to improve the review process for smaller projects and address the harms projects do to habitat. DFO could introduce fees to be paid for each project that can be used as a restoration fund. 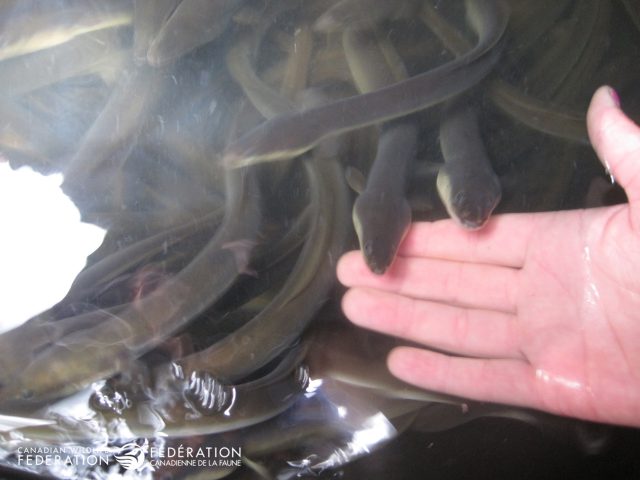 It’s often mistaken for a Lamprey, which is an invasive species that looks somewhat like the native American Eel species. Not only this, but it’s mysterious perception and decades of the eels getting a bad reputation and the way some may perceive it to be snake-like has not worked for the eel’s public image.

Learning about the American Eel. CWF has a TONNE of resources like this and this. They are valuable species which have significant cultural importance in the indigenous communities in Ontario. Here’s an informative video by the Ottawa Riverkeepers that dives into the importance of the American Eel.

Will you help us?

Learn more about the American Eel and the Canadian Wildlife Federation’s work with this at-risk species.